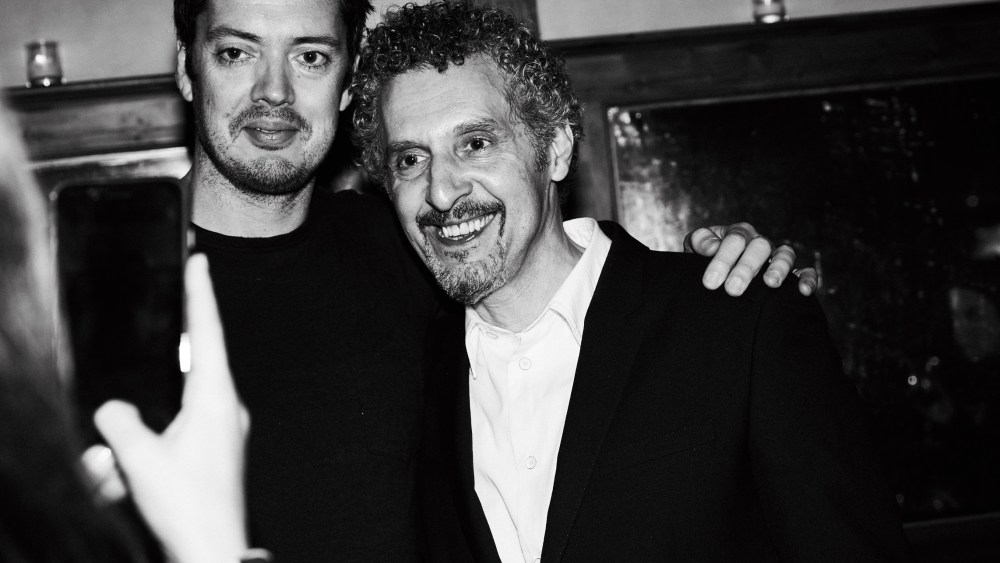 Nearby, director and actor John Turturro looked amused and at ease (whiskey helps). He had just come from the Tribeca Film Festival premiere of “Hair,” a short film he’d directed in collaboration with Rag & Bone starring himself and Bobby Cannavale. While Cannavale wasn’t able to make it for the dinner — he was uptown at the Park Avenue Armory, starring in “The Hairy Ape” — wife Rose Byrne had come in his place, and was joined by Georgia Fowler, Alice Eve, Makenzie Leigh and Mimi Elashiry. Guests who had missed the movie theater premiere were in luck — the dinner began with a screening of the five-minute film on a TV.

Set in a Brooklyn hair salon, the short establishes a conversation between the two actors around the topic of their own hair and their particularities around styling it and having it cut. The film is an extension of the Rag & Bone Men’s Project, a campaign which profiled actors wearing the brand.

“The evolution of ‘Hair’ was pretty haphazard, to be fair. [Turturro] came in, sat on the sofa, and we said, ‘We’d just like to make a movie, we’ve got this much movie and all you’ve got to do is use some of the clothes,’” said Wainwright, fidgeting with the camera slung around his neck. At dinner, each guest was greeted with the same striped button-down shirt Turturro had worn in the film.