The Basser Center for BRCA cancer research hosted their first 'Unzip Your Genes' benefit, in partnership with Rag & Bone. 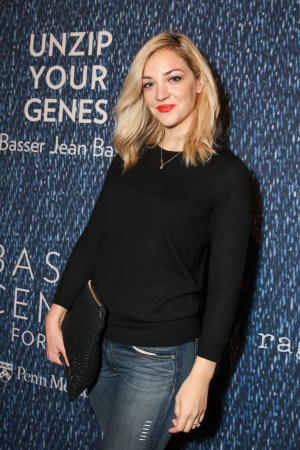 Jeans? At a benefit?

On Tuesday night, Cipriani Wall Street was filled with a denim-clad gala-goers, instead of the usual gown-wearing guests the venue typically sees on a weeknight. The Basser Center for BRCA, a cancer research center at Penn Medicine focused solely on BRCA genetic mutations, hosted its inaugural New York City Benefit in partnership with Rag & Bone, leading to the title “Unzip Your Genes.” Global Head of Real Estate at Blackstone Jon Gray and his wife, Mindy, hosted the event, which drew Martha Stewart, Robin Roberts, Kate Spade, David Neville, Abby Elliott and Kara DioGuardi.

Roberts, herself a two-time cancer survivor, made introductions first in the evening before heading home for her 3 a.m. “Good Morning America” wakeup time. “Any type of work like this that is helping, we all benefit from it,” she told WWD. And yes, wearing denim to a gala was definitely a plus. “I was like ‘oh, I don’t know my schedule — oh, I can wear jeans? Oh I’m in, I’m there,” she said.

“I lost my sister 13 years ago to BRCA-related ovarian cancer, and in her memory we founded the center at Penn,” said Mindy Gray of the center she founded in 2012 with her husband. “Because BRCA is genetically based, we decided to do a play on the word jean/gene, and do a jean/gene event tonight.”

Many were decked in the Rag & Bone special denim, which is being sold at Rag & Bone stores and at Bloomingdales; 7 percent of the sales will go to the Basser center. “The design isn’t overly elaborate, it’s chic and cool,” said Rag & Bone cofounder Neville, of the three skinny jeans, which have been embroidered with six white stitches along the thigh, mimicking the Basser logo.

“I whipped out my Rag & Bone booties tonight,” said Elliott, as was the attire du jour for the night.

“Many of you know that I invest capital in my day job,” Jon Gray told the crowd, “but nothing I’ve done has matched the return on investment we’ve seen on the Basser center.”

Throughout the dinner, guests were treated to performances by Freestyle Love Supreme and American Authors, and by the evening’s close the first-time benefit has raised $8 million. “Unfortunately, we didn’t have the knowledge in time for my sister,” said Mindy Gray, “but we want to make sure other families do.”