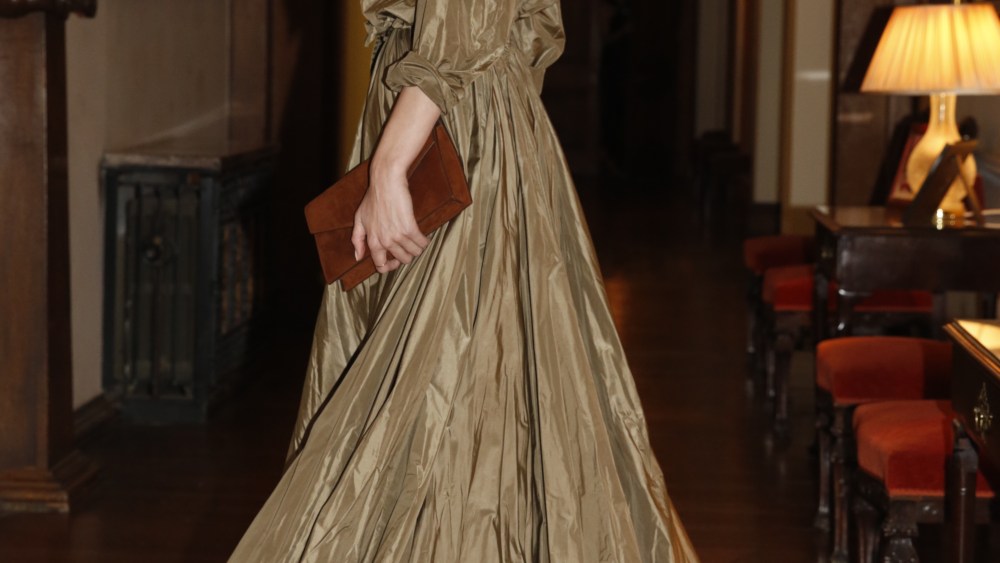 “Normally, there’s a bouncy castle in the room — I can send you the videos,” said Lady Spencer, the American wife of Earl Spencer, gesturing around the state dining room at Althorp, the Spencer family’s 500-year-old ancestral home in Northamptonshire, England.

“We have nine kids between us, and they have the run of the place,” said Earl Spencer, the late Princess Diana’s younger brother, who’s been in charge of the ancestral home for two decades. “Twenty-odd years — actually 20 very odd years,” he told guests on Thursday night.

Before dinner, guests watched a fashion show in the long, narrow picture gallery, which Earl Spencer said was entirely appropriate: “The picture gallery was designed for ladies to exercise in when it was raining,” he said. The fall men’s campaign was also shot on the grounds.

“It’s my first time here,” said Moss, the teenage half-sister of Kate, who attended with her Norwegian mother Ingrid. “But not your last,” interjected an enthusiastic Lady Kitty Spencer, one of the earl’s elder daughters.

Moss said she’s studying for her A-Level exams in media and photography, but isn’t really into the idea of going on to university, admitting she’s not very academic. “Cue a sharp intake of breath from her teachers,” interjected Mamma Moss.

Lauren said this was his second visit to Althorp, but the place already feels like home. Kitty, meanwhile, was feeling nostalgic for her old home.

“One of my ancestors filled these rooms with books,” she said of the ground-floor rooms whose walls are covered in old history tomes and hardback novels. “My London flat is packed with books, too, even though it’s the size of a hamster cage.”