Stars come out ahead of opening of tennis championships. 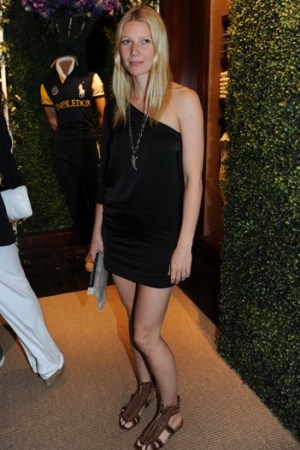 LONDON – For the last four years, Ralph Lauren has been the official outfitter of Wimbledon, dressing the umpires and ball boys and girls in preppy whites. To celebrate the tournament starting June 21, the label hosted a fete at its Bond Street store Thursday night attracting tennis great including Boris Becker, Anne Keothavong, Venus Williams and Annabel Croft who is playing the Wimbledon Senior Tour.

Keothavong, England’s number three player, never dreamed she’d be in such company. “[Growing up] I wanted to be an astronaut or the prime minister,” she said. “I’m glad I didn’t go down that road.”

Williams, of course, pursued tennis and, lately, fashion. She designed her own ensemble for the court. “My Wimbledon dress is inspired by Tina Turner. I call it my shimmy dress,” she said. “It’s all about the movement and the legs.”

The athletes were joined by celebrities and socials including Gwyneth Paltrow, Noelle Reno and Tamara Beckwith. They, however, admitted to having a little less skill with a racket than the other guests. “I actually use my two tennis courts to race my go-carts,” said Matt LeBlanc, in town to shoot a new BBC2 sitcom called “Episodes.” “But I probably shouldn’t say that too loudly in here.”

During the evening, Lauren staffers sold raffle tickets in aid of Too Many Women, a charity which raises money for Breast Cancer Research.