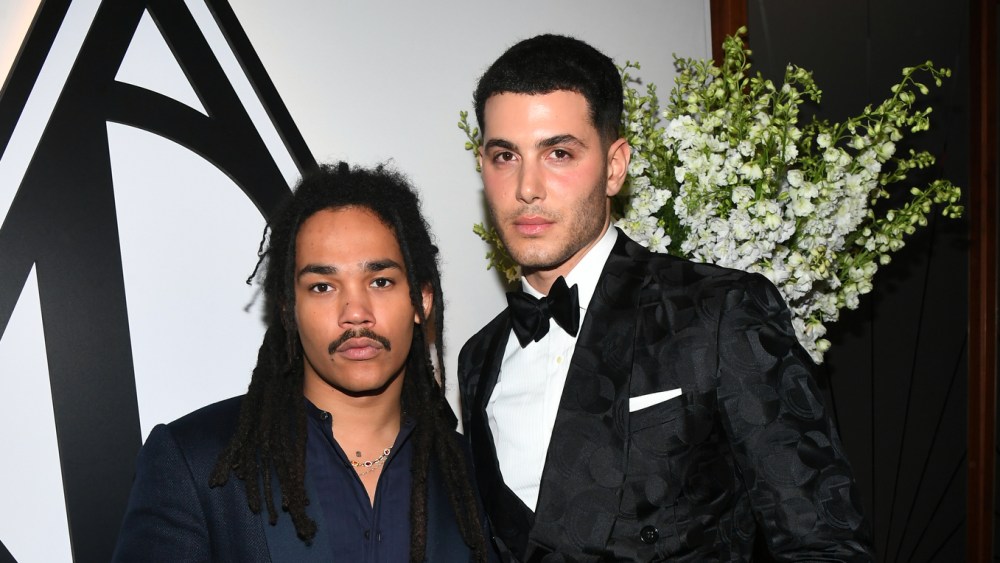 If there is a spot in Los Angeles that most resembles Ralph Lauren’s Ralph’s Club, it would have to be Sunset Tower, Jeff Klein’s Art Deco hotel that has a buzzy bar and dining room scene most every night.

So on Thursday, the hotel’s Terrace room was transformed to fete Ralph’s Club eau de parfum. The designer’s diamond R monogram was everywhere — floating in the swimming pool, emblazoned on the DJ booth, embroidered on the cocktail napkins and the white shawl collar jackets worn by waitstaff serving gin and lavender cocktails, truffle fries and burgers (sadly not sourced from the designer’s own Double RL Ranch).

Two of the fragrance’s faces, Gigi Hadid and Lucky Blue Smith, weren’t in attendance, but Luka Sabbat and Fai Khadra worked the room, posing with the monogram scenery alongside a tuxedo-wearing Hailee Steinfeld, who dutifully walked back and forth several times so the video crew could get their best B roll.

There were no interviews allowed, which has increasingly become the norm at events conceived of for social media — but there was a decent amount of people watching.

Sitting at a café table with his stylist Tanya Gill, up-and-coming pop singer Elia Berthoud, in a sparkly Saint Laurent jacket, was still tired from all the socializing at Art Basel. “I’m not much of a party person,” he said, adding that he’s hoping to keep it low-key for the holidays.

The same was true for fashion designers Brian Wolk and Claude Morais, who recently returned from a road trip to the Arizona Biltmore hotel. “It just went through a $70 million renovation and it’s incredible,” said Wolk. “There are 12 pools!”

Shortly before 9 p.m., Prince Charlez took the stage for some jazz. The L.A.-based singer/songwriter, who has penned a lot of hits for other people, Rihanna, Usher and Beyoncé among them, is readying his first album for release in February. Here’s to that.