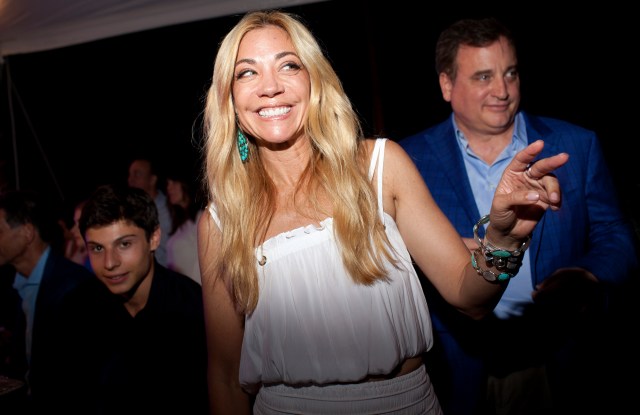 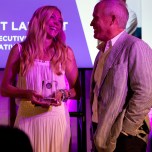 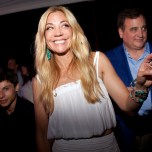 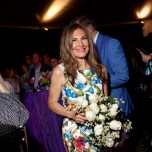 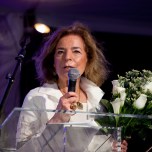 The annual Hamptons Happening took over the backyard of Maria and Kenneth Fishel’s Bridgehampton, N.Y., home Saturday evening, to once again raise money for the Samuel Waxman Cancer Research Foundation.

Now in its 14th year, the event honors someone in business, fashion and food each summer. This year’s honorees were Hamptons architect Joe Farrell, designer Ramy Brook Sharp of Ramy Brook and chef Matt Lambert of The Musket Room.

The designer spends her summers out east at her home in Water Mill, N.Y. “I’ve been coming since the early Nineties,” she said. “I used to do a share house out of college, and then my husband and I met out here actually. We met at a party-slash-bar; it was called the Hansom House in Southampton. I don’t know what it’s called now but it’s by the train station. We love it out here. After we got married we knew we wanted to get a house out here. And actually Joe Farrell, the other guy who is being honored, built our house.”

The fund-raiser has long been attached to the fashion community.

“Originally the seed money for the foundation came from the fashion industry, 42 years ago,” said Marion Waxman, chair of the Hamptons Happening and wife of Dr. Samuel Waxman. “It’s enabled us to raise $100 million to give away. Everybody who gets a grant must collaborate and share their information. And that’s what makes us unique.”