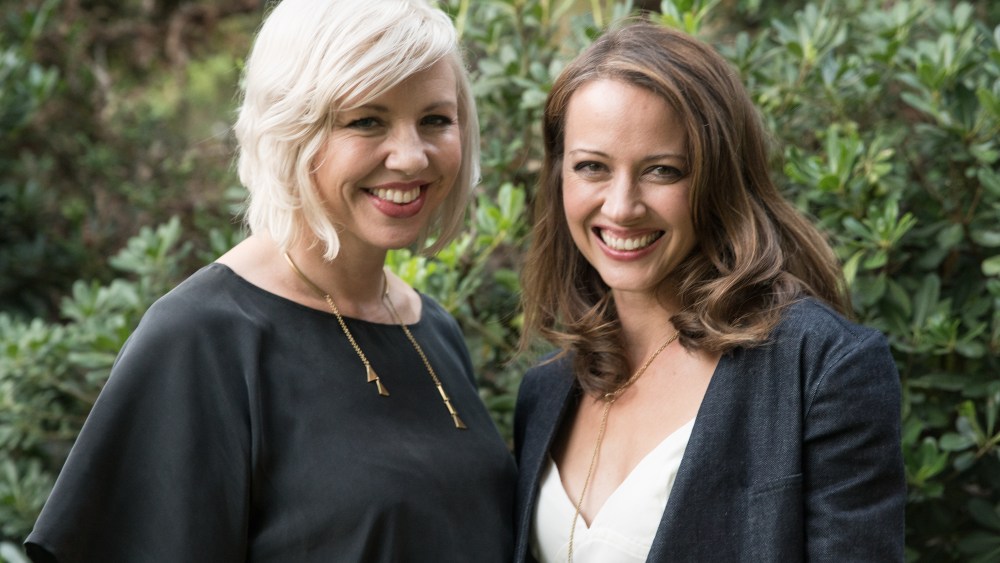 It might be a fast-fashion world at retail, but slow had its moment on Tuesday as David and Christina Arquette hosted a dinner to celebrate Kirsten Dickerson and her Austin-based, eco-conscious brand Raven + Lily.

“Tonight’s theme is about slow food and slow fashion,” Dickerson said. “I feel like what happened with farm-to-table and slow food really took off. Slow fashion is the same idea of who made it, how it’s impacting the planet and valuing the production process. The opposite would be fast fashion, like fast food. Fast fashion is the number-two polluter in the world and people don’t realize that.”

The evening continued with hard facts and heart-tugging stories behind each piece of clothing, shared by those who wore them, including Amy Acker and model Angela Lindvall. On her look, Lindvall said, “The dress I’m wearing is made by women in Cambodia who are survivors of slavery and HIV positive. To give these women an opportunity is so amazing to me. Maybe 100 years ago we could give excuses about why a certain community isn’t as successful, but the world is so connected there’s no need for anyone to suffer. If we can help people through our luxuries, it’s a plus.”

The brand is not limited to clothing. Guests were also greeted with bamboo and lemongrass scented candles that perfumed the outside dining area and got a peak at the home decor collection, which was used to serve David Arquette’s grass-fed beef ribs, yogurt marinated chicken, couscous pilaf, organic vegetable tagine and orange compote.

Unlike most catered celeb affairs, the Arquettes, along with Christina’s mother Shelley McLarty, took a slower approach to prepare for the dinner. “We’ve been cooking for three days [and] we woke up at five o’clock this morning to make sure everything was set,” Christina said.

The dinner was also held at their historic O’Melveny home in Los Angeles. “In the south, southern hospitality is so important,” she continued. “We wanted to bring that same feeling to the dinner party and it’s better to do it in the home.”

A newcomer to Raven + Lily was Rosanna Arquette, who was all for the brand’s mission to employ and empower women around the globe saying, “This is really inspiring. It’s refreshing to be at a dinner where people are talking about real issues other than boring Hollywood stuff.”