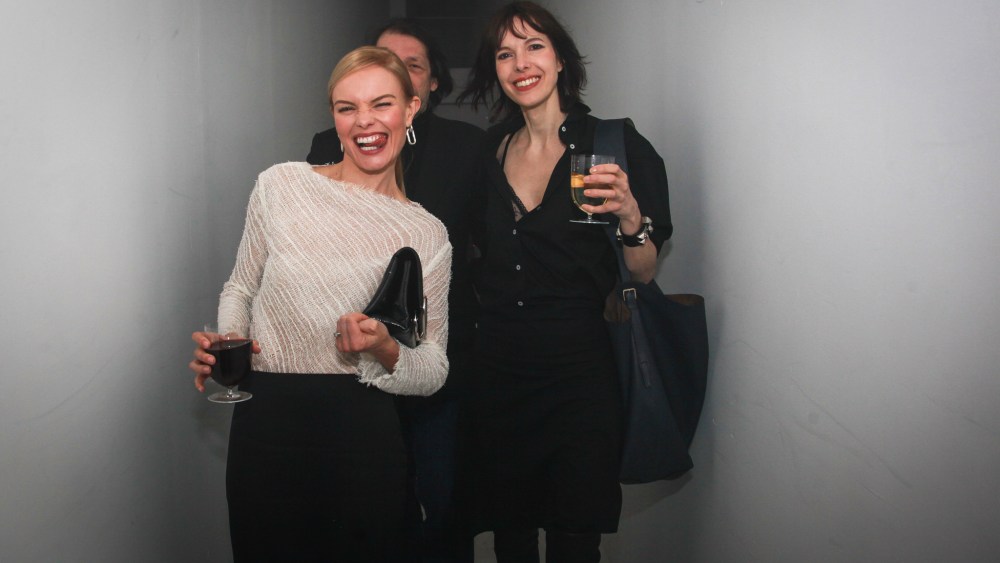 The celebrity steam from the morning’s Calvin Klein show ran out Friday evening by the time the brand’s after party rolled around — but that didn’t stop dozens of models, editors and Raf devotees from having a damn good time, as they do best.

“I met Raf when I was twentysomething years old, with Andrea Rosen,” said Rachel Feinstein, freshly arrived at the party. “She actually knew him 30 years ago, and I remember thinking ‘he’s unusual,’ and it was a beginning of a new era with fashion and art convening.”

The Black Madonna shouted out congratulations to the man of the hour, Raf Simons, from her microphone, before the words “we are here to be respected, we are here to be nasty,” played over the bass, making for a continuation of the American identity themes broached at the show.

“I have to say that right now my brain is turned off — so I’m not paying attention at the moment — but at the fashion show it was very on and [the show] was about a European who is very much aware of his perspective on America, especially now,” Feinstein added. “Everything happening in here with [the artist] Sterling Ruby’s stuff, it is really great.”

Simons himself seemed to be unwinding, maneuvering through the throng with a constant glass of Champagne in hand. “Sleep,” he said of his post-show plans, “but I’m not going to do an interview now.”

More in the mood to discuss work was Bosworth, who’d come down, wine glass in hand, from the dinner upstairs. “I had to go upstairs to get it again,” she said of her drink, which she temporarily misplaced. “I just had the blood, like, drain from my face! I was like ‘no!’”

She was making the fashion rounds ahead of promotion for her upcoming BBC miniseries “SS-GB,” which premieres in two weeks. “It takes place in 1941 in London, in an alternate history. It kind of has one foot in history and one foot in fiction, in a ‘what if’ situation. It’s Sam Riley and myself and it was really beautifully directed.”

Just past Bosworth, indie pop singer Kelly Zutrau of the band Wet was attempting to make sense of the whole fashion party scene. “I’ve never done it but it’s so fun,” the Brooklynite said. “It’s such a fascinating culture, compared to music or art — you’re like, ‘This is so much more extreme!’ It’s very interesting.”