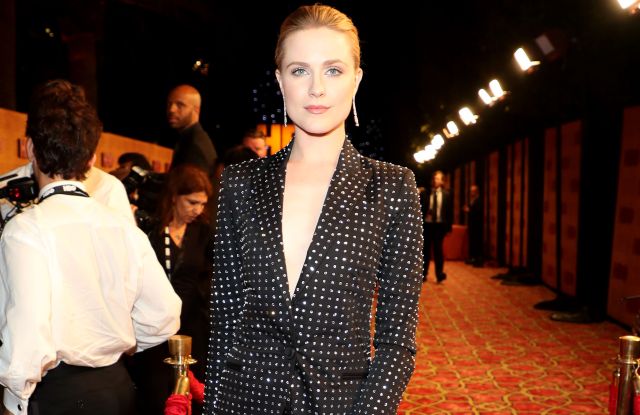 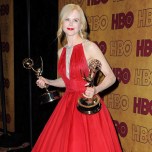 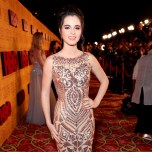 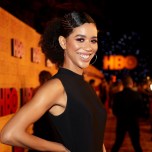 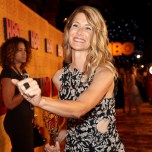 “My squad is here!” Reese Witherspoon squealed, as she arrived at HBO’s post-Emmy party held, per tradition, at the Pacific Design Center in West Hollywood.

The actress (and television network) had every reason to be in great spirits since “Big Little Lies” picked up several awards including Best Limited Series as well as individual wins for Nicole Kidman, Alexander Skarsgard, Laura Dern, and director Jean-Marc Vallee, who were all also in attendance at the party.

“I’m so happy for my sisters in this process and this incredible family that we’ve built at HBO,” Witherspoon said, adding that it was an “out of body, amazing, overwhelming” experience hearing the show’s name called on stage. “I set out four years ago to create better roles for women in film and television,” she continued. “That was the win. I feel like we won before we got here. To have this is icing on the cake. We feel so lucky.”

Witherspoon was equally excited that so many other women walked home with awards as well. “I think it was an incredible night with ‘Handmaid’s Tale’ and Elisabeth Moss and so many amazing women and people of diverse backgrounds and other cultures winning,” she said. “I think television is really shining a light and creating more opportunities for people to see themselves represented. I think that little kids out there need to see themselves. It’s a very inspiring moment.” So how did she intend to celebrate? “With my girls!”

Nearby, Witherspoon’s husband Jim Toth watched his wife proudly as she completed interviews. During which, a uniformed handler asked Toth if he was with the actress. “Am I with her? I’m married to her, so technically yes,” he quipped, moments before the two went inside to hang out with Witherspoon’s daughter, castmates, and Dern’s kids.

20-year-old Kathryn Newton, who played Witherspoon’s daughter on “Big Little Lies,” finally got a chance to catch up with her on-screen mother after realizing she hadn’t yet congratulated her on the show’s win. “I should have Snapchatted her,” said the Valentino-clad actress.

Jon Hamm may not have been up for any awards, but he knew the drill. Without being asked a question, the actor diplomatically called out, “I’m very, very happy for everybody tonight! Couldn’t be happier!” With that, he took a bow and went inside where John Oliver, Riz Ahmed, Julia Louis-Dreyfus, and the cast of “Veep” were among the winners walking around with awards.

Kate McKinnon also won an award for her work on “Saturday Night Live,” but the comedian left her hardware at home. As she made her way inside via the guest entrance, in lieu of the red carpet, McKinnon kept her head down, hoping to go unnoticed. No such luck as someone called out well wishes. “Thank you so much,” she said, catching up with Don Lemon shortly after.

Inside the Royal Pavilion Brighton-inspired affair, Ben Affleck sat in a chinoiserie-patterned booth with his girlfriend, producer Lindsay Shookus, Larry David, and Jeff Garlin. Elsewhere, Jessica Biel hung out with a couple industry insiders while Janelle Monae found a friend in Tessa Thompson.

“Transparent” actress Amy Landecker attended with her dad who was in from Chicago. “This is the first year we didn’t actually go to the Emmys, so he’s feeling very disappointed,” she laughed. Landecker shared that she was wearing a vintage slip. “I’m basically in my pajamas. I’m channeling Hugh Hefner. Zendaya went out in her pajamas, so I was like, ‘Let’s take it up a notch.’ Basically, I could go to bed in the party if I want to.” Though she didn’t.

Julianne Hough, Evan Rachel Wood, Laverne Cox, and Thompson opted for post-party wardrobe changes while Amanda Crew remained in her Michael Cinco gown from the ceremony. “I feel like an alien superhero,” the “Silicon Valley” star said of her look. She then admitted that she couldn’t wait to hit the party’s Wolfgang Puck-catered buffet which included pan roasted bass, homemade gnochetti pasta, and dulce de leche for dessert. “Stephen Colbert did a great job hosting, but my one complaint is that last year Jimmy Kimmel delivered food from his mom,” she said. “Stephen didn’t get the memo that we’re starving in that audience and we’ve been on the carpet since two o’clock.”