By Julia Neel
with contributions from Fiona Ma, Natalie Theodosi
on September 14, 2019

PARTY SPIRIT: The first day of London Fashion Week began well with a host of brands coming to the British capital to party and celebrate their store openings and new collections.

Gabriela Hearst invited friends of the brand, including jewelers Sabine Getty and Jessica McCormack and fellow designer Bella Freud to toast the opening of her store on Brook Street with a drinks reception, held in a glamorous ballroom at the Claridge’s Hotel, across the street from her new space.

“If I don’t end up in jail tonight, it’s not a good party,” said Hearst mid-dance. She was keen to be located across the luxury hotel, in order to lure its residents to her store and be part of the same luxury service experience.

Over in West London, sustainable label Reformation took over a Notting Hill skateboarding park to celebrate the opening of its first European store, the brand’s first shop outside of the U.S., on nearby Westbourne Grove.

Thanks to an unusually balmy evening, if you ignored the overhead freeway and the Tube trains that thundered past every few minutes, it was like being transported to Venice Beach, with palm trees scattered throughout, a tequila bar and a host of daredevil boarders making their way over the ramps.

“I used to love skateboarding,” footwear designer Nicholas Kirkwood said wistfully. “I could do an ollie, which is just a basic jump, and a kick-flip, where you jump and spin the board around 180-degrees in the air.” 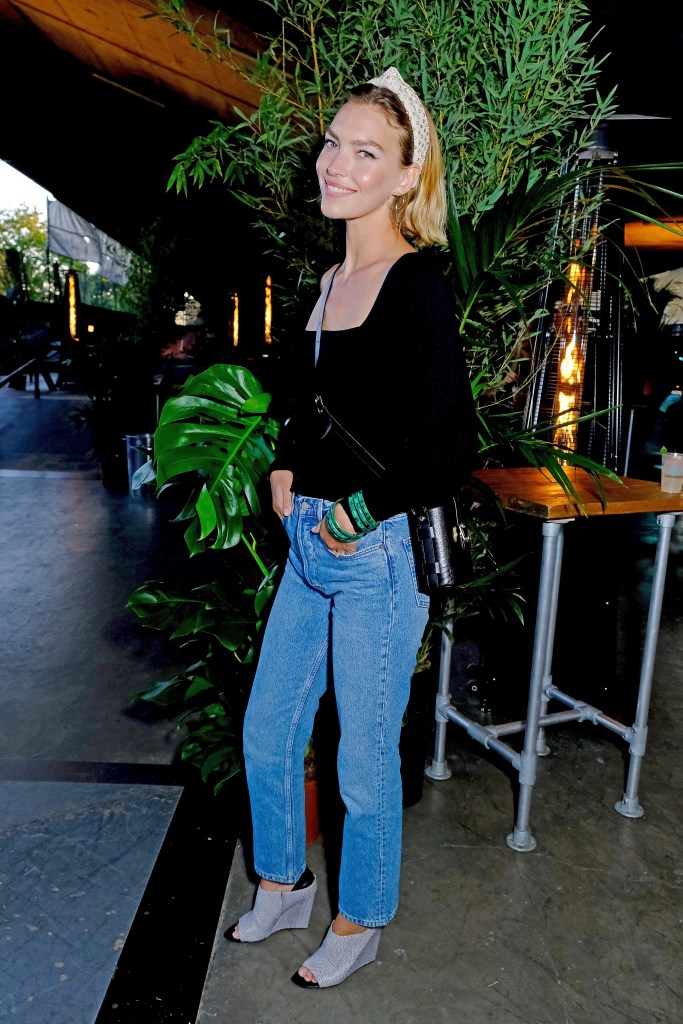 “I want to have a go now,” he said, glancing around for a board to purloin.

“Not for me,” said Jack Brooksbank, brand ambassador for Casamigos tequila, which provided the stiff cocktails, and husband to Princess Eugenie. “The closest I have come to skateboarding is owning three Ai Weiwei skateboards that are hanging in my loo at home.”

Other guests at the event included Arizona Muse, Kelly Eastwood and Los Angeles-based presenter Marissa Montgomery, who said she was too cautious of “smashing her face open” to try skateboarding, but she’s recently taken up surfing because “if you fall off, it’s into water.”

On Dover Street, Acne Studios was also in party mode, toasting its collaboration with L.A.-based artist Grant Levy-Lucero, who is known for his tongue-in-cheek interpretations of everyday objects into ceramic vases. For the capsule collection, the artist painted three ceramic vase designs for Acne and these were printed on long-sleeved striped shirts, handbags and T-shirts. These vases were also on display and accompanied by smaller sculptures and signed by the artist, retailing for 275 pounds.

Later in the evening, the bravest of the fashion folk kept the party going at the Standard Hotel, the city’s buzziest opening this autumn. The popular techno DJ Peggy Gou was present to celebrate the launch of her fashion label, Kirin, at Browns and postdinner, a party with Mark Ronson on the decks ensued.