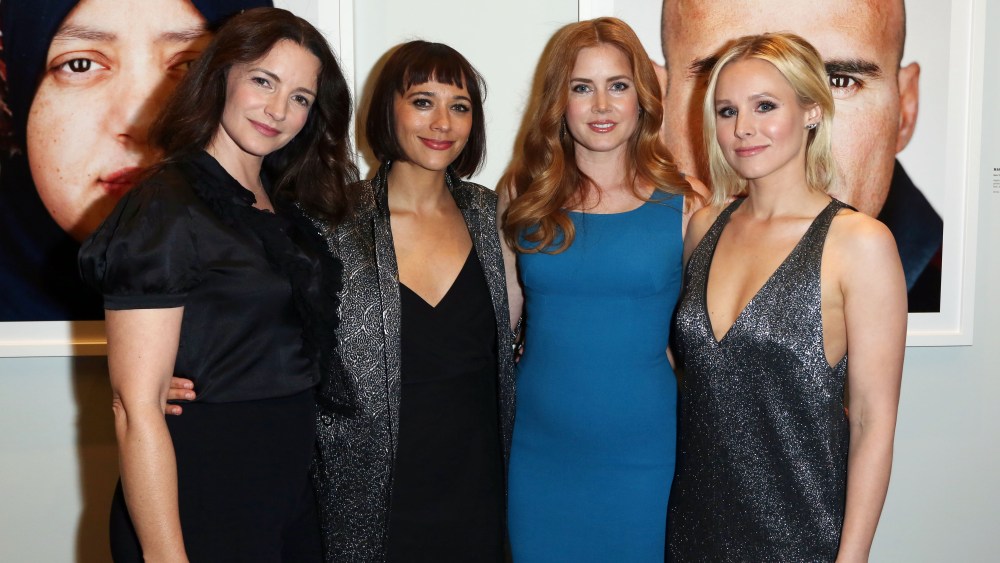 It was an emotional night for actresses attending Thursday’s opening of the Los Angeles-based Annenberg Space for Photography’s “Refugee” photo exhibit, where they not only voiced support for displaced people worldwide, but also celebrated Prince’s boundary-crossing music and style.

“I heard a quote today from Prince. He said, ‘Compassion is not a word. It is an action with no limits,’” said Ross, in a sheer black floor-length dress. “That’s perfectly timely for an event like this.”

Fashion photographer Diop’s stylized photos of refugees in Cameroon showcased what he called their “dignified and generous” openness. Meanwhile, Schoeller’s detailed, close-up portraits of refugees in the U.S. had a similar bare quality to his photos of notables including President Obama and Marc Jacobs. “When you compare faces, you find that we’re not all that different,” he said.

Bell even teared up while talking about the refugee crisis. Added Kaling, “My parents were welcomed to this country as immigrants, but that’s not the option for millions of people around the world.” Asked about Prince, she smiled, reminiscing about his androgynous, sexy fashion sense. “I loved how often he went shirtless,” she said.