Vladimir Restoin Roitfeld and Andy Valmorbida’s presentation of RETNA: The Hallelujah World Tour was packed to the rafters with revelers in the West Village. 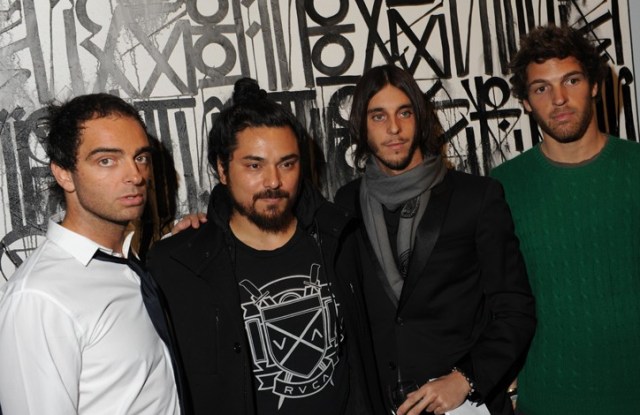 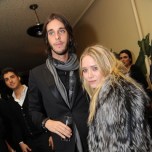 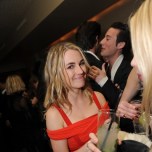 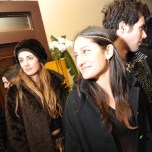 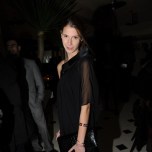 The New York premiere of Los Angeles-based graffiti artist RETNA’s show, “The Hallelujah World Tour,” presented by Andy Valmorbida and Vladimir Restoin Roitfeld, packed in partygoers almost to the rafters of a gigantic space on Washington Street in the West Village Thursday night, as the fashion week party-hopping began in earnest. The artist’s large-scale monotone works lined the walls, and recently used brushes and paint cans divided the cavernous room in two. Still, no one was really looking at the art.

“God, I want to be a Roitfeld,” one partygoer sighed, while watching Vladimir and Julia Restoin Roitfeld pose with their mother, former French Vogue editor, Carine.

“Is it only the first day?” Kyleigh Kuhn asked. “Oh, fashion week begins.”

David Lauren made a brief appearance at the show, departing just as Irina Lazareanu sauntered in. Olivier Zahm snapped a photograph of Richard Phillips and Amanda Hearst. Pro surfer Danny Fuller snuck a cigarette near Eddie Borgo, Brian Atwood and Brian Grazer, while a very pregnant Stacey Bendet-Eisner posed with Cory Kennedy for friend Mark “the Cobrasnake” Hunter. Later, Stavros Niarchos and PC Valmorbida led the charge to the private after party at Indochine. A horde of model-esque females followed suit.

At the party, Carine Roitfeld took a moment to dispel rumors of a reunion with Tom Ford.

“I want to do something new,” she said with a laugh.

Nearby, daughter Julia, with beau Robert Konjic in tow, shimmied into their own booth and danced in their seats to the music. As the night entered the wee hours, Mary-Kate Olsen appeared and slid into Vladimir’s booth, cuddling between Niarchos and Valmorbida. Byrdie Bell arrived as the party wound down, just before Alexandra Richards snuck behind the DJ booth to sit with boyfriend Nick Cohen, who promptly spun the Rolling Stones’ “Start Me Up.”