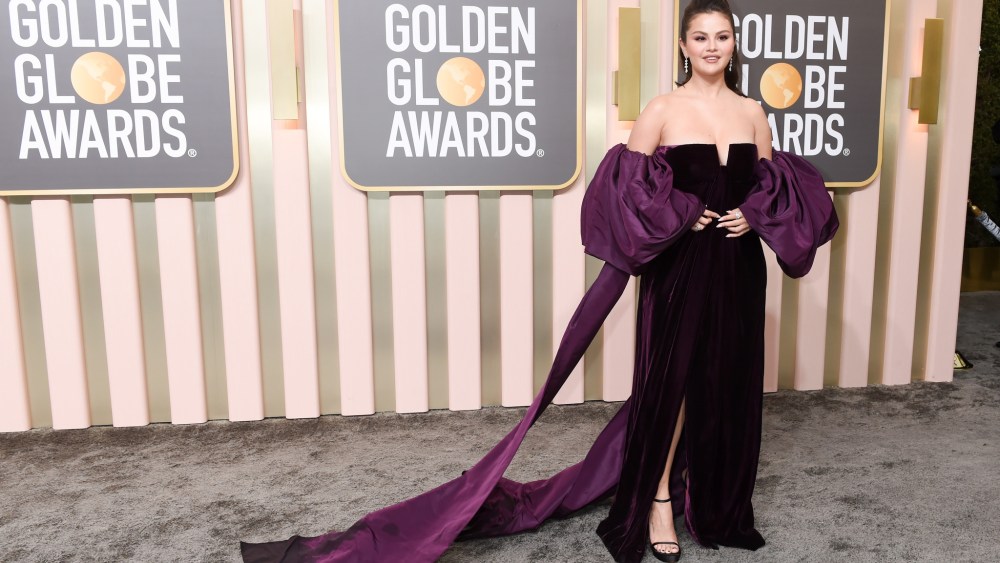 The heavy downpour in Beverly Hills ceased just in time for the red carpet at the 80th Golden Globe Awards on Tuesday afternoon.

The awards ceremony was back, following the backlash the Hollywood Foreign Press Association received for its operational standards and lack of diversity; the organization now follows a new set of rules and admitted a new, diverse group of voters.

“I just respect the fact that they’ve completely rebuilt themselves in order to make this possible,” said “Avatar” director James Cameron alongside wife Suzy Amis. “And I think we should celebrate that. There’s no point in protesting if people don’t listen. You know what I mean? It actually kind of is working, which is good. Now if the studios would just completely tear themselves apart and rebuild themselves along the same lines, that would be great, too.”

“It’s the return,” Chloe Flower, a composer and pianist, said of the show.

She was the night’s performer. “I’m really honored,” she went on.

Wearing a white Stéphane Rolland gown, she revealed she got the gig through producer Babyface: “He was having lunch or dinner with one of the producers and somehow they talked about having a live performer, having me onstage. They all called me at the same time. I was in the middle of The Kennedy Center, and I was like, ‘Uh, OK. Yeah!’ And then I had to process it, and the next day I was like, ‘Oh my god, this is a huge deal.’”

Who was she most excited to see? “Jamie Lee Curtis,” she said without hesitation.

She wore a black lace ensemble for the occasion.

“This is a Valentino cape that I bought at Neiman Marcus with my own after-tax dollars,” she said of the look.

“Black Bird” actress Sepideh Moafi took the moment to make a political statement. She wore a custom black sequined dress embellished with a striking red flower, a collaboration with designer Amir Taghi and Haus of Milad as an ode to Iran.

“The thing that represents this look the most is this flower here,” she said. “It has the names of the people who have been killed during this revolution in Persian calligraphy. The four petals in the front have the four people who have been executed by the Islamic Republic judiciary committee. This is honoring them and showing this sprouting new Iran that is blooming.”

Filipina actress and “Triangle of Sadness” breakout Dolly De Leon, too, collaborated with a creator from her home country, Norman René Devera (for AZ Factory). The two created an all-black leather and tulle number.

“I said that I wanted to feel like myself and black is really my color,” she said.

It was 4:16 p.m. by now, and the stars were zooming past the carpet. There were Michelle Williams, Margot Robbie, Jessica Chastain, a pregnant Hilary Swank and Eddie Murphy. Standing still at the center were Cameron and Steven Spielberg embracing and exchanging hellos.

“Long time no see,” Spielberg said, as passersby looked on.

Tracy Morgan, Andrew Garfield, Austin Butler — they continued rushing by. The show was less than an hour away.

“I’m definitely coming back for that box of candy,” Donald Glover, nominated for “Atlanta,” told Buzzfeed reporters. The journalists had been offering Mexican sweets all afternoon.

“No, thank you, though,” Quentin Tarantino told them. “I appreciate it.”

There were no takers. That is, until Salma Hayek showed up.