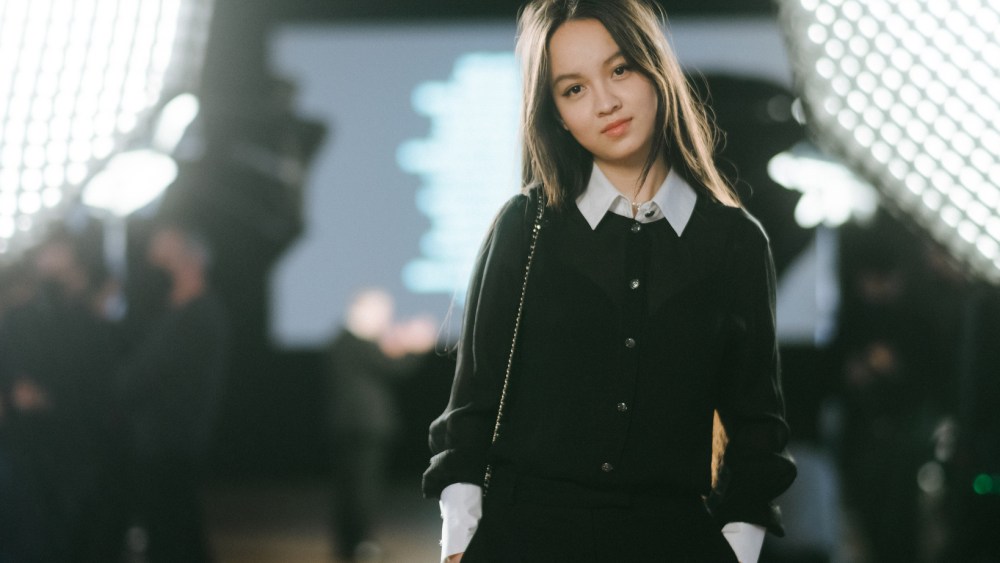 PARIS — “It does feel a bit like the induction into a secret society,” said 21-year old actress Lucie Zhang, who admitted feeling a mix of trepidation and excitement a few hours before the Révélations event on Monday night, an evening celebrating rising French film talent supported by Chanel.

“I’m a little more restrained than Emilie, my character in ‘Olympiades,’ who sends someone a box of raw meat,” she laughed, during a phone interview.

To feel more at ease, Zhang, who is also pursuing a management degree at the Paris Dauphine university in addition to her acting career, went for a combination of “chic, elegant and cute” for her red carpet outfit, waxing lyrical about her favorite feature — its jaunty white collar.

Although rising caseloads of the COVID-19 Omicron variant put paid to the traditional soirée celebrating this year’s 32 nominees for most promising actor or actress at the Césars — the French equivalent of the Oscars, set for Feb. 25 and where Cate Blanchett is set to receive a lifetime award — it was no downbeat affair.

On the film institution’s social media, the usual swarm of photographers and guests at the Révélations event was absent, but that didn’t stop France’s film talents from putting on a show when they made their entrances in timed groups.

Actors Jean Dujardin and Sami Outalbali were captured putting on a skit inspired by the melodramatic post-match interviews familiar to French TV viewers, regional accents and all. Others, like Ophélie Bau and her mentor Mélanie Thierry, were gamely putting on their best at the photo call.

Inside, a four-minute film directed by documentary-makers Thierry Demaizière and Alban Teurlai, nominated at the 2020 Césars and the upcoming 2022 Berlin Film Festival for their own features, presented this year’s 32 nominees through the lens of what they want from their métier and roles.

“I’m dying to get back on set — in any capacity,” confirmed nominee Diane Rouxel, whose portrayal of a young cattle breeder sexually abused by a powerful business relation in French drama “La Terre des Hommes” won her critical acclaim.

Rouxel spent her downtime directing a video clip and trying her hand at writing a script, after acting in the upcoming drama “Le soleil de trop près,” where she plays the fiancée of a man living with schizophrenia. “I enjoy where characters have something to hide, or unsaid things, when there are very subtle sides to play,” she said.

In the meantime, she asked screenwriter, director and actor Cédric Kahn to be her plus one. “We’ve worked together before and we haven’t seen each other in a while, so it was a great opportunity to spend time with someone whose company I enjoy,” she said.

“I’m just a pointer to introduce talent,” chaperone Ludivine Sagnier said when asked why she had gone for her winning combination of a smoking jacket and smart trousers, a departure from the period wardrobe of Diane of Poitiers, a 16th-century noblewoman and rival to Catherine de Medici, whom she’ll be portraying in upcoming American TV series “The Serpent Queen.”

Sagnier revealed that she hadn’t yet met 29-year-old Pauline Parigot, whom she was introduced to on screen in “Frères d’arme,” a familial drama where she played the love interest caught between warring brothers.

“It will be our first meeting in person. Pauline was so luminous and full of hope that I could only imagine how she would shine when the spotlight is on her. It’s a promise and that’s exactly what we expect from rising talent,” the seasoned actress said, hoping that there would be a moment to raise a glass in celebration.

Not seeing everyone, including directors, was a disappointment for Noée Abita, whose 2021 nomination — the second one of her career — was pushed back to the 2022 edition due to the postponed release of “Slalom,” the film where she plays a promising teenage athlete who falls under the sway of her coach.

Franco-Swiss actress Irène Jacob, who is working on an adaptation of the prolific correspondence of filmmaker Amos Gitai’s mother Efratia, wasn’t thinking about what could have been.

Instead, she outlined the work of those who had worked tirelessly to make the event happen despite the ongoing sanitary crisis and pointed out that “what remains is this terrific spotlight on a new generation and the support of a mentor, not just for one evening but as an exchange, a friendship that will be precious in future, too.”