Richard Gere and Alec and Hilaria Baldwin Honored at Artwalk 2015 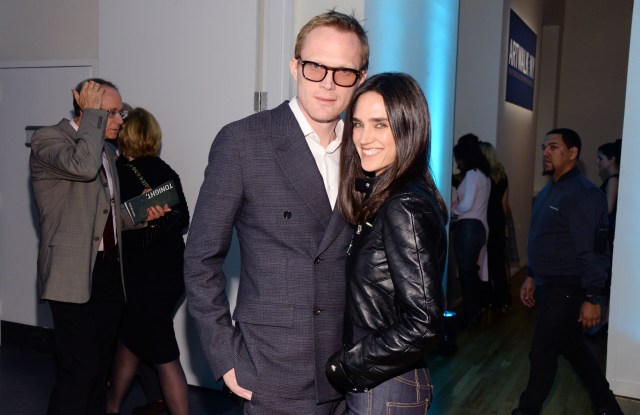 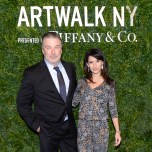 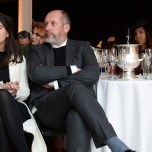 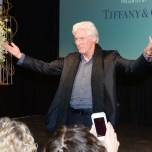 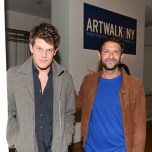 “Fifty thousand dollars. Let’s start at $50,000 for Richard Gere,” said Alec Baldwin Tuesday night at Coalition for the Homeless’ annual Artwalk benefit sponsored by Tiffany & Co. Baldwin, one of the evening’s philanthropic honorees, along with his wife Hilaria, made an impromptu trip to the microphone to faux-auction off his fellow actor, after Coalition chief executive officer and president Mary Brosnahan observed “the crush of women pressing their bodies up against Richard Gere and Alec” during cocktail hour.

“Richard Gere has been pressing his body against women for many years now, going back to ‘American Gigolo,’” continued Baldwin. Jokes aside, both Gere and Baldwin had strong words for the New York City government in regard to homelessness. “Look at what’s happened to Brooklyn,” said Baldwin, speaking to the gentrification of the borough. “People who live in Brooklyn can now rightfully snicker at people who live in Manhattan. To them, Manhattan is like Beverly Hills now. Like, ‘oh, you live in Manhattan, you live in the village, how quaint’. And Queens is next, and the Bronx is next. They’re going to go up there and tear every building in the Bronx down and build that up, too… The New York City subway has a fixed fare for a reason,” he continued. “…To bring working-class residents into the heart of 212 to work every day. Now where are those people going to go, 15 or 20 years from now? Rockland? Dutchess County? Columbia County? We have to maintain a certain kind of infrastructure here for middle-class people to live in the city.”

His remarks came on the heels of an announcement that New York City would be adding 15,000 units of supportive housing over the next 18 months, hopefully to combat some of Baldwin’s concerns. The issue of homelessness has been one of the biggest challenges of Mayor De Blasio’s administration — and one that the press has been particularly vocal about. “Supporting homelessness has become fashionable. When you have The Huffington Post on the left, and the New York Post on the right, you know there’s some movement,” said Barry Berke, board chair for Coalition for the Homeless.

It’s also the subject of two films out this fall — Gere’s “Time Out of Mind,” and Jennifer Connelly’s “Shelter,” which was directed by her husband Paul Bettany. “[Coalition] helped us very much in the writing of the script and during my research for the film,” said Connelly. “There are a lot of circumstances in my character’s life that I didn’t know anything about. So I wanted to understand her life on the streets and what the shelters might have been like. It was a character that, on paper, makes choices that I couldn’t necessarily relate to and then in the process of doing this research and hearing other people’s stories, you start to fall in love with them and you start to have compassion for them,” she said.

Gere actually shot much of his movie at the Coalition. During a winding speech, he noted that “because of [Coalition], I began to have much more of a subtle sense of what goes on…in the mind and heart of someone who’s taken a fall.” Jumping back up to the mic, Baldwin said: “He’ll talk a lot less when you win him in the auction…there’ll be more rubbing, less talking.”