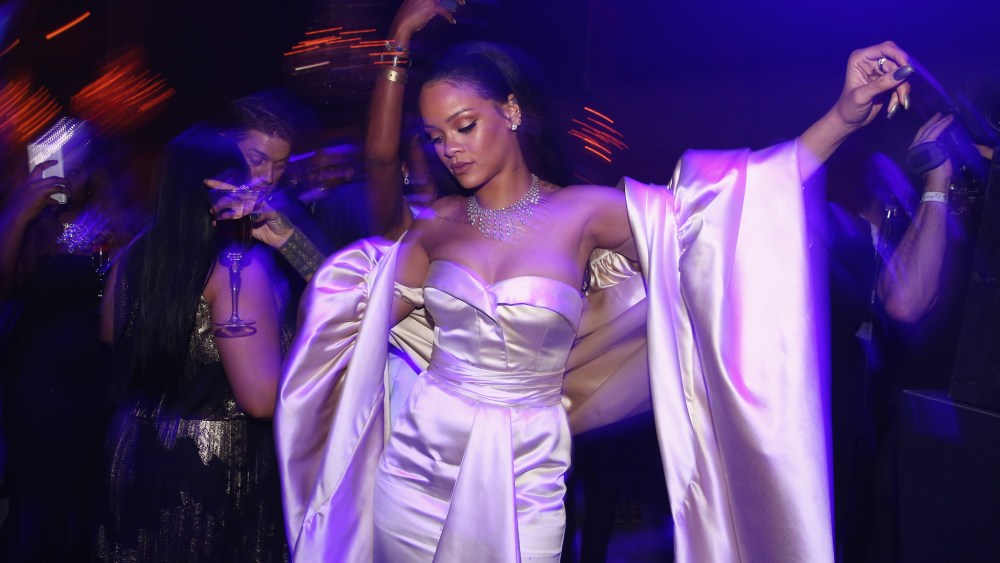 “Jada! Jada!” chanted Will Smith, in unison with photographers, as he watched his wife ham it up on the red carpet at The Barker Hanger in Santa Monica on Thursday night. The actor — on hand for Rihanna’s annual Diamond Ball Gala — was his usual charismatic mega-moviestar self, though he had every reason to be in a good mood. Earlier in the day, Smith learned he’d been nominated for a Golden Globe for his role in “Concussion.” As well-wishers congratulated the actor, he repeated: “Thank you, thank you,” then threw a kiss as he blew off talking further to press.

No matter — the night belonged to one woman: Rihanna. It was the singer’s second year hosting the dinner which raises funds for her charity, The Clara Lionel Foundation, named in her grandparents’ honor, to benefit global programs that improve health care and education in her home of Barbados and beyond.

Rihanna’s grandfather attended — as did her young niece, Majesty. The singer summoned the one-year-old to pose alongside her on the carpet for a moment, then said protectively, “She’s had enough.”

“It means a lot to have this event,” Rihanna said. “Tonight is a lot of glitz and glamour, but it’s very serious. We’re here to raise money to change lives across the world — one penny at a time, one donation at a time, one country at a time, one child at a time — and make a difference.”

The organization’s next initiative includes plans for a scholarship program to send promising students to the U.S. Rihanna said she felt fortunate, but emphasized that everyone has the power to make a difference. “Giving back is important to me and it should be important to everyone,” she said. “If you have the ability to help and lend a hand, no matter how big or small you should definitely make that your responsibility.”

While some guests hoped for an announcement about her upcoming album, it was not the case. “Soon, my love, soon….” Rihanna purred, before making her way inside for a glass of Champagne at the bar.

Lionel Richie closed out the event with his greatest hits including “Brick House” and “Easy (Like Sunday Morning).” Pointed out Rihanna, “He also wrote a song called ‘Hello’ way before Adele was even born….Bottom line, he’s a legend.”