“It makes me so proud to be a woman, to be a young woman from Barbados, especially," Rihanna said of receiving the award. 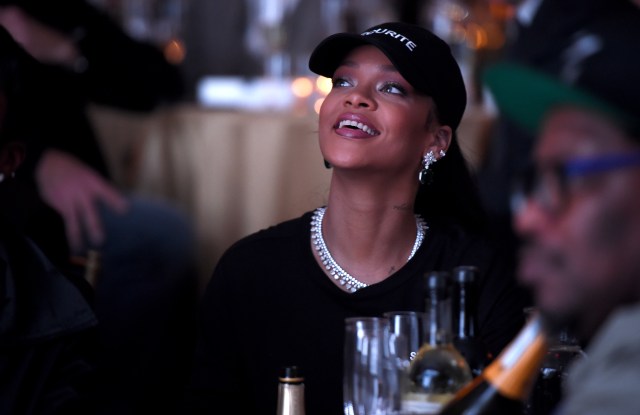 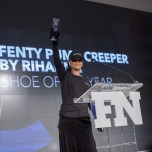 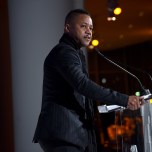 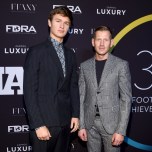 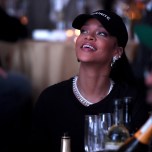 The 30th annual recognition ceremony gathered the industry’s power players to dole out accolades, sans any dinner — something presenter Cuba Gooding Jr. pointed out liberally from the stage, apparently having grown feisty with hunger.

Receiving the third annual shoe of the year award was Rihanna, the first woman honored, for her Fenty Puma creeper sneaker.

“This is such a big deal for me,” Rihanna told the audience. “It makes me so proud to be a woman, to be a young woman from Barbados, especially. To come to America and just do this by default — just because I liked to wear a certain style of shoe.”

“She’s certainly the umbrella over our entire women’s category,” said Puma’s North American president Jay Piccola, delivering a sizable dad joke as he lifted his jeans to show off a pair of newly launched men’s creepers.

Gooding said that he’s open to trying the Fenty men’s creepers — though the laces are a bit of a buzz kill. “I don’t like tying my laces. Maybe it’s because I’m at that age,” he said. “I played a lot of ice hockey, so my knees are going and my hips are a little slow, so for me to have to bend over to tie my shoes…it’s just too much.”

Paul Andrew, on hand to receive the award for designer of the year, disagreed with Gooding — no creepers for him. His date, Ansel Elgort, felt otherwise.

A sheepish Elgort then gushed about how he wears his Paul Andrew shoes so frequently he’s in desperate need of a new pair. “I have a pair of his white high tops that I wear all the time, and I’ve cooked them,” he said. “Which is when you wear them too much, and now they’re turning a little bit grayish. It’s a term, for cooking shoes.”

“I just learned that. That was a lesson for me,” Andrew replied.

Also in need of new shoes was Linda Fargo. “This just had to happen. Look at my shoes,” Fargo said, pointing down to her heels, which sported mismatched ankle closures. “I’m getting out of the car and my shoe broke! I was like, ‘OK here I am, for Footwear News, and I’m getting an award, and of course my shoe broke.’” She remedied the situation by resourcefully taking a hanger string from inside her dress and ripping off a piece of her pearl necklace. “I’m not going to throw the brand under the bus,” she added, though one can imagine they’re likely to invest in some finer hardware moving forward.

When asked for her opinion on calls for retailers to boycott Ivanka Trump’s shoe line, Fargo protested that the topic is “kind of a nonissue for us. I don’t think we’re her audience.” She added that “everybody has to make that decision for themselves. Politics is what touches all of us, and it’s definitely a very delicate stand. If you’re going to talk about [inclusion], then you need to…that sort of cuts both ways. But on the other hand it’s case by case…I can’t condone or condemn anyone for the way they handle that.”

Piccola stayed mum on the subject, before public relations for the event requested an end to political talk. “No politics — we’re a fun brand,” Piccola said. “Or should I say something really controversial?”