Rihanna once again hijacks fashion week, this time with her own star-studded party. 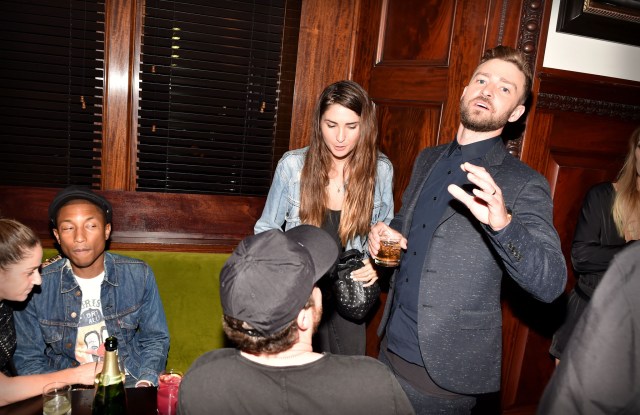 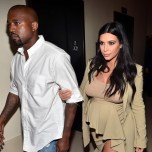 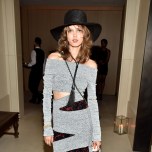 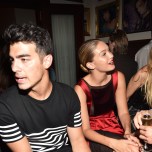 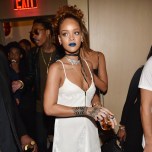 On a rainy night in New York City, Rihanna threw what’s typically described in fashion circles as “an intimate dinner.” These, as frequent during fashion week as “celebrations” and “exclusive fetes,” are hardly ever intimate and hers certainly wasn’t. That’s because lately anything Rihanna does is an event.

Though the dinner on Thursday at the Edition hotel by Madison Square Park was restricted strictly to a supergroup of other celebrities — Kanye West and Kim Kardashian, Joe Jonas and Gigi Hadid — Rihanna might as well have put out a call on public radio: Mobs of fans swarmed the Madison Avenue and East 24th Street entrances, tripping over themselves to sneak in. Some of music’s other big names all crawled in as well to pay their respects — Justin Timberlake, Wiz Khalifa, Timbaland, and Pharrell Williams among them.

This story first appeared in the September 12, 2015 issue of WWD. Subscribe Today.

Naturally, photographers of all stripes followed to lap up the melee. It was, by Rihanna’s design, a perfect storm intended to draw the most attention possible. Timberlake, apparently, didn’t get the memo.

A little before midnight, the man often referred to as the president of pop for his Tom Ford suits and statesman-like sangfroid prowled the hotel’s second floor unsuccessfully looking for the evening’s hostess. The room was in disarray, West and Kardashian had long left, and Rihanna was holding court downstairs with her tabloid-rumored love interest Travis Scott, Khalifa, and, curiously, Daphne Guinness and Ann Dexter Jones.

As Timberlake approached Pharrell’s booth, a WWD photographer moved in to take his picture and the former Mickey Mouse Club member snapped in a not-so-Disney fashion.

It didn’t stop there. Two of his flunkies chased the photographer to the elevator issuing threats and demanding he delete the images. He didn’t. One of Timberlake’s songs came to mind: “Cry Me a River.”

During a week brimming with appearances by star musicians, some know exactly how to play the game for maximum exposure. Even West and Kardashian gamely posed for pictures here. At a dinner earlier in the evening thrown by Topshop, Ciara, its new ambassador, explained the mutual benefits of their partnership.

“The Topshop buyer is a huge part of my fan base and it’s important to me that I always speak to the youth. It’s perfect cross-promoting,” she said. “Music goes hand in hand with fashion.”

No pop star is better at this than Rihanna, for several seasons now the undisputed celebrity champion of the fashion weeks. It was the second night of the New York collections and it was clear that as far as spectacles go, this one would rank high when it was all said and done.

“She dictates such a presence when she walks into a room that it’s intriguing to watch her presence and how it affects people,” Hadid said. “I look up to her so much.”

The dinner was followed by a concert outside featuring Scott and a party inside the hotel. Around 11 p.m., Rihanna sauntered through the cavernous rooms of The Clocktower and everywhere she went, a crowd followed, hanging on her every gesture. Jeremy Scott was taking in the scene, mesmerized.

“It’s like the solar system,” he said. “The whole solar system revolves around her. It is amazing, the energy, that people are so obsessed with someone.”

It was, of course, as the singer intended.

“Best s–t ever,” she told WWD before she disappeared into her adoring audience.