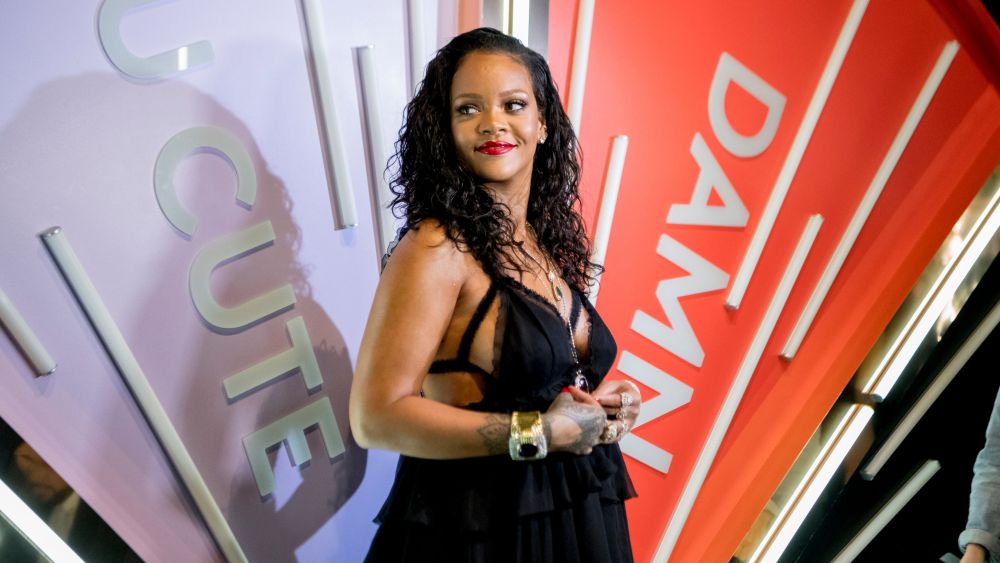 “Our hostess will be joining us soon if you could move into the other room please.”

The evening’s hostess was Rihanna and the occasion was the Savage x Fenty party. Held hours before the midnight launch of her new line, the fete doubled as a shopping event where it was more than acceptable to parade around in a purple feathery playsuit.

In the dim lighting of the venue, Villain in the Williamsburg section of Brooklyn, N.Y., white screens hanging from the ceiling glowed with images and video clips from the Savage X campaign. Every 10 minutes or so, a screen on the main stage would replay holograms of Rihanna modeling pieces from the collection in slow motion. There in hologram form, she squatted seductively, ran her hands over her garter belt and posed playfully while covering herself in some kind of luxurious feathery explosion. But the real action started when she arrived in person.

Once eager buyers were ushered out of the shopping space and into the main venue, Rihanna and her posse took over. Wearing a Tom Ford black baby-doll dress and black tights, the singer immediately found herself swarmed by cameras, phones and security, and thusly headed straight for the bar. After a loop around the room, she stopped in front of the main screen to watch her own holograms in action and smiled approvingly.

“I hope you’re enjoying the evening so far,” she said during a speech shortly after. “We put this together especially for you guys ’cause this is a project we’ve been working on for a few years now, believe it or not. We’ve been working on it with the most amazing partners, TechStyle.…TechStyle, the only thing they care about is the customer and it’s really the reason I decided to partner with them to create this brand Savage x Fenty because the only thing I really care about is the customer, too, my fans.”

In the audience were Adam Selman, Matthew Adams Dolan, Lynn Ban, Slick Woods and a handful of models from the campaign.

“Rihanna’s a testament to if you’re authentic to yourself,” shared Selman. “It’s a lot of hard work and patience, but it’s proof that that’s the most important thing to be.”

One model named Ebony shared her definition of a savage: “It’s a bad b—h that doesn’t give a f–k.” She added that Rihanna’s team reached out to her via e-mail, though she didn’t immediately respond. “I thought it was a spam.”

“It was so ethereal, really dark and twisted and beautiful, and so many different diverse people,” said Savage X model Stella, who wore a bright yellow bra and matching underwear underneath jean shorts.

“[Rihanna] does not give a crap about any standards, anything,” offered Shania, a third model. “She’s a savage.”

Rihanna Poised to Take On Lingerie Market — and Its Biggest Player, Victoria’s Secret