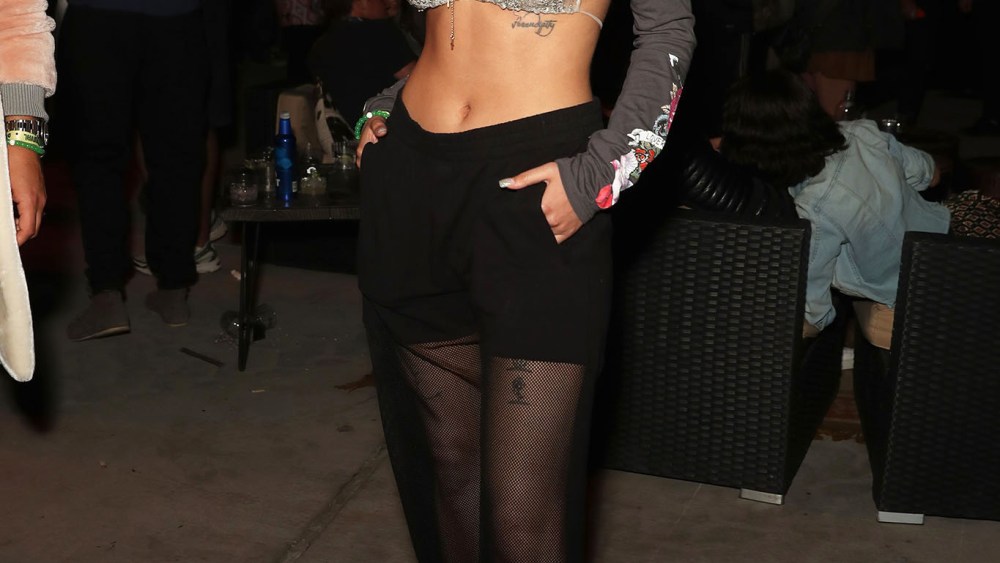 Amped up by Saturday performances by the likes of Lady Gaga, Bon Iver and Gucci Mane, Coachella Valley Arts and Music festival partygoers continued their Bacchanalia streak at the Neon Carnival, sponsored by Levi’s and Tequila Don Julio.

A Tinder-themed matchmaker bumper car ride drew the likes of Taylor Hill and friends, while Alessandra Ambrosio and her pals hit the giant slide. Meanwhile, DNCE’s Joe Jonas was spotted fueling up on pizza, following a day of party-hopping with girlfriend, “Game of Thrones” starlet Sophie Turner, including a stop at Republic Records and SBE’s The Hyde Away.

Partygoers including Aaron Paul (one of the first arrivals of the night with his wife, Lauren), Scott Eastwood and James Franco, who all politely declined requests to be interviewed or photographed, took in the scene from their perch in the star-packed VIP bleachers, rubbing shoulders with the likes of former Coachella headliner Drake, who made an appearance after midnight with his entourage following a surprise performance with Future earlier that day.

Jourdan Dunn, who was spied at Nylon’s Friday night bash, arrived with her model pals in tow, while Coachella alum Halsey was hard to miss with her cropped pink ‘do, Asos bra top, Norma Kamali pants and Doc Martens. Other style standouts included a Saint Laurent-clad Miguel, who stopped by with his wife, model and swimwear designer Nazanin Mandi, and Neon Carnival veteran and Kendrick Lamar collaborator Jhené Aiko, who sported a Dries Van Noten jacket with sandals from her collaboration with Teva. What drew her to the event again this year? “The music and the rides,” she said, before vanishing into the crowd.