"She’s badass for that." 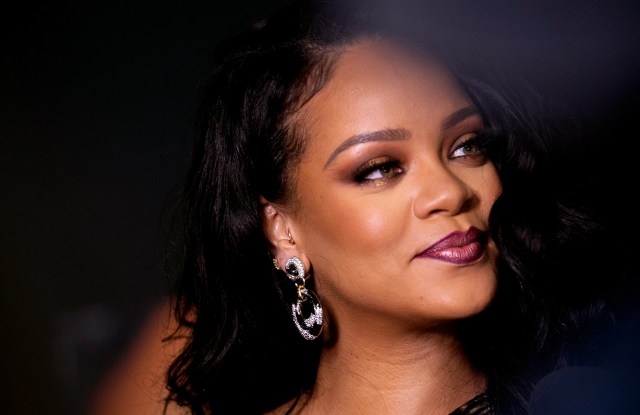 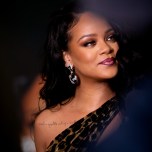 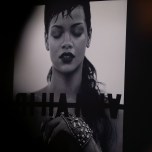 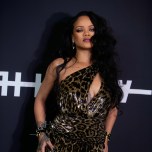 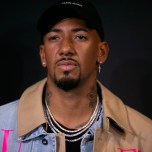 Rihanna has addressed the talk surrounding her latest Vogue profile.

At the celebration for her new coffee-table book, titled “Rihanna,” on Friday night at the Guggenheim in New York, Rih seemed surprised at the news that Abby Aguirre, the Vogue writer who penned a feature on the singer and fashion mogul, was being speared online for failing to show up to her interview with questions, reportedly due to a time constraint that gave her no opportunity to prepare. Fans and journalists were appalled that Aguirre wrote in her profile she’d told Rihanna she was “winging it.”

“Wait, wait, what?” Rihanna said, standing on the red carpet in a leopard-print Saint Laurent dress. “No, no, no, no. That’s gangster. For you to get a call the day before being like, ‘Hey, Rihanna’s in L.A., you wanna do this?’ And show up on the dime and write an incredible article that I’m really proud of and enjoyed reading? She’s badass for that.”

Although members of Rih’s team had mentioned that Aguirre received heat for the piece, Rihanna apparently didn’t know the full scope of the situation — that it had been picked up by various publications and acclaimed writers like Roxane Gay weighed in.

Rihanna’s brow furrowed and she got serious when she heard the details. Then she waved it away and laughed.

“If you don’t have to prepare, girl, you’re gangster,” Rihanna said.

Onto the book, which is being published by Phaidon Press. It’s the latest in a string of projects and business ventures Rihanna had unveiled in 2019 — but she said she’s been working on the tome for at least five years. The book is filled with photographs from her childhood, various tours and never-before-seen, behind-the-scenes pictures. It’s being billed as a visual autobiography.

Asked why she chose this format and not something like a memoir, Rihanna said, “Because I don’t got time for a memoir, girl. And my fans are young and they’ve got ADD; they’d rather look at pictures than read, let’s be real.

“But it’s something that we both can enjoy,” she continued. “I get to share these moments in a visual way. These are moments that my fans either have been a part of, can relate to, or haven’t had access to. So it’s a combination of me and them and sharing my memories and my life, some of which they’ve been there for, a lot of which they’ve seen evolve before their eyes.”

Rihanna then walked into the Guggenheim, where security had cleared a path through her fans — who’d lined up hours before to gain access to the public event. Much like her Fenty x Savage show during New York Fashion Week, guests’ phones were sealed in pouches they couldn’t access until they’d exited.

It freed up people’s hands so they could reach out to Rihanna, screaming and begging her for hugs and kisses. One fan brought a framed painting of Rihanna, hoping to get it signed; another had a physical copy of her last album, “Anti,” that they waved in the air, trying to get her attention. Wherever she went, a mob of fans followed. She shimmied to the bar — glasses of Champagne were served there out of Armand de Brignac magnums — and the wave of people moved with her, stepping on each other’s feet and practically trampling one another in hopes of just catching a glimpse of her.

That would be enough, as one young man confirmed.

Rihanna Reveals Her Next Project

Rihanna at The Webster: ‘I’m the Muse of My Collection’