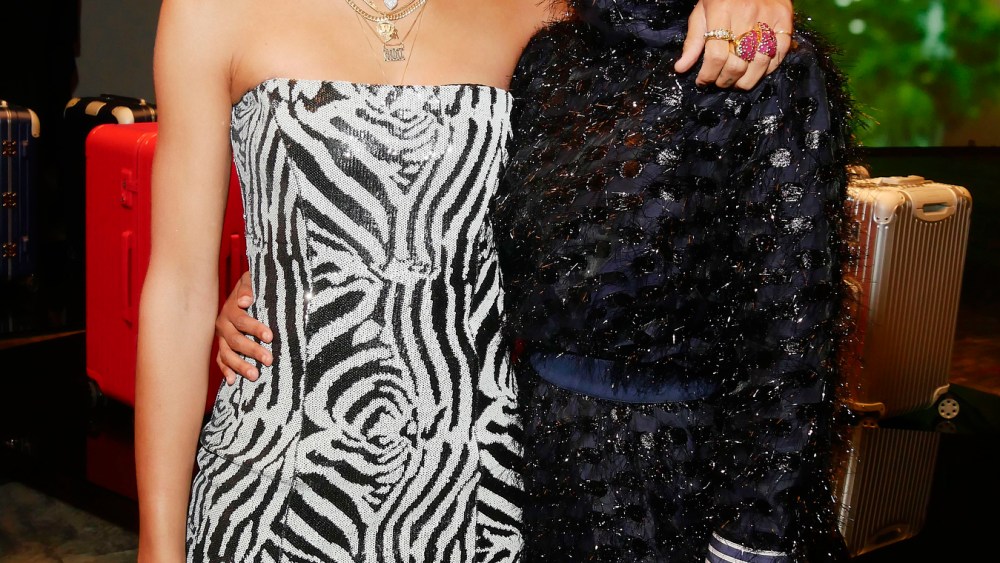 Aden, one of the year’s most newsmaking models for breaking boundaries by wearing a hijab, had come fresh from a luncheon hosted at home by Tanya Taylor.

“She had a sisterhood lunch at her house. It was so lovely — I was sitting next to Glamour’s new editor in chief [Samantha Barry] and we got to catch up — it was just a positive sisterhood thing,” Aden said. “It felt so moving to just see so many incredible women in the industry who are either business owners or people in fashion, and there were some actresses there. It was just so intimate and nice.”

The model is enjoying going to events this New York Fashion Week — she’ll also be at Calvin Klein’s dinner next week — and says that due to her wardrobe requirements, she’s unable to walk in many spring shows.

“I wear the hijab and sometimes it’s kind of weird because people are like, ‘is that just a regular head wrap?’ But it’s actually a hijab, and I’m the first hijab-wearing model for IMG, and with that, it’s really new to the industry,” she said. “And in September, with it being summer/spring, it can be kind of hard with my wardrobe requirements. The clothing is a little bit more sheer or revealing, because it’s summer and spring. So I knew going in, ‘oh OK, it’s September, maybe I’m not going to be able to [walk many shows] just because of my wardrobe.’ So that’s why coming to these events is so nice because I feel like I’m still part of it.”

Of her rise in the industry, the model had nothing but praise and thanks to bestow.

“They’ve embraced me! I can’t complain about anything,” she said of the fashion crowd. “I think I’m on my ninth cover and wearing a hijab and being in this industry I would’ve never expected that — there was never a playbook for what it means to be the first [hijab-wearing model]. So I’m already over the moon of how receptive the industry has been. Very supportive and respectful, ultimately.”

And doing so has allowed her to be a role model for other hijab-wearing women, something she didn’t have when she was starting out.

“Just today, it had nothing to do with modeling, but I was talking to a girl who is competing in Miss Wisconsin. Because I did a pageant for a scholarship opportunity, and then came modeling because of the exposure I got for wearing my hijab and burkini,” Aden said. “Today I was talking to her and there was this incredible feeling — literally before I came I FaceTimed her and I was like, ‘sister I’m there for you, I understand.’ It’s nice to be that person. I wish I had somebody to look up to or go to for answers, or go to for support sometimes, when I started modeling. But I can be that person for the girls who are now entering.”