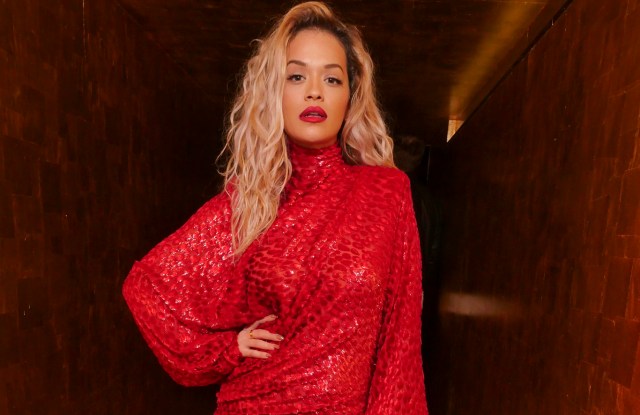 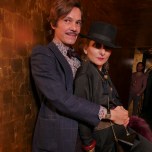 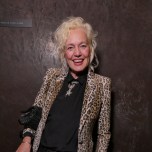 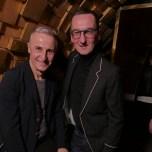 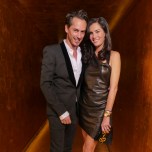 Kilian Hennessy celebrated the 10th anniversary of his fragrance brand By Kilian with a bash featuring a live gig by Rita Ora on Sunday night.

Hennessy took over the Silencio club in Paris. It was — as its name implies — so “silencio” (or “quiet”), in fact, that Ora couldn’t hear any music or partygoer hubbub upon entering the club. And that made her nervous, she told the crowd in the downstairs — well-insulated — theater space.

Ora sang a set of seven songs, including “Love Song,” “Anywhere” and “I Will Never Let You Down.” The songstress performed her own rendition of George Michael’s “Freedom,” as well.

A huge cake in the form of By Kilian’s signature perfume bottle was rolled on to the stage afterward, and everyone — including Ora — belted out “Happy Birthday.”

Frisoni said he became a By Kilian aficionado after asking what Hennessy was wearing fragrance-wise at a private auction. It turned out to be Amber Oud, not yet introduced at the time, but Roger Vivier’s creative director has been a faithful wearer of it since.

Hennessy was agog that By Kilian is a decade old. From the get-go he was after an elaborate product.

“I wanted to have a custom bottle in a wood lacquered case, with satin bedding and keys and tassels, and gorgeous juices,” he told WWD, as attendees started arriving at the party.

Hennessy said that when he first met suppliers they asked about the size of his order and were aghast when he gave an estimate of 10,000 flacons for two years.

“No one was really super excited,” Hennessy said. The glassmaker, in fact, told him two months before By Kilian was due to debut that the bottles wouldn’t be delivered until long after.

When he launched in the U.S. at Bergdorf Goodman with six scents, the retailer was only given 12 units of each fragrance. “In half an hour, 45 minutes, I was sold out,” Hennessy said.

Cut to today, and By Kilian has morphed into a lifestyle niche brand, including numerous fragrance families, home scents, perfumed paperweights and tassels. The Estée Lauder Cos. Inc. acquired the brand in February 2016.

By Kilian was never meant to be limited to one product category. “I know myself. I need to be busy, I need to be creative,”  Hennessy said. “I have a zillion ideas, and I need to be able to explore all of them.”

An idea for By Kilian was spawned when he saw in a book a photograph of a brooch worn by Marie Antoinette. “That was huge and scented,” recollected Hennessy. “And that was a bit the trigger, in the sense that I knew I could do more than just perfume in a glass bottle.”