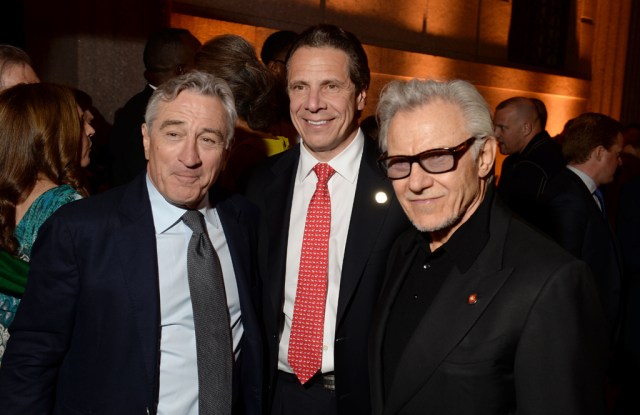 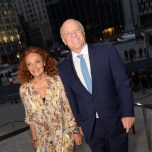 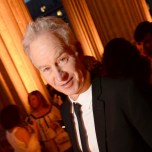 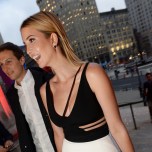 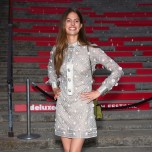 At Vanity Fair’s inaugural party for the Tribeca Film Festival, Harvey Keitel was in full Scorsese mode. He was one of the Friends of Bob — De Niro, that is — to come out to the State Supreme Courthouse in Lower Manhattan to kick off another edition of the film festival, which De Niro and producer Jane Rosenthal founded now nearly 15 years ago.

None of the FOBs in attendance was more prominent than New York Governor Andrew Cuomo, who was chumming it up with the actor amid the very conspicuous absence of New York City Mayor Bill de Blasio, who lately can’t put out a statement without getting in hot water. The mayor, who came to this event last year as the first social event of his tenure, got some flack from Democrats for conceding he’s not ready to endorse Hillary Clinton for president. More germane to this occasion, De Niro threw him under the bus for not sufficiently supporting his festival, an allegation the administration denies but that, at least for the moment, has made de Blasio persona non grata in De Niro’s circle.

Last year’s party was dominated by the political dance between the mayor and the governor, who occupied opposite sides of the august chamber and only brushed against each other briefly for polite greetings. This year, while Barry Diller and Diane von Furstenberg, Fran Lebowitz, Charlie Rose, Ron Perelman, Graydon Carter and other mere mortals kibitzed about the world’s problems, two beauties glided in, oblivious. They were Constance Jablonski and Joan Smalls.

It must be nice to run into another model in the middle of this crowd?

“She’s not just another model,” Smalls snapped. “She’s my friend. That’s very different.” And were they planning on catching anything at the festival? Not really. For them anyway, the films are beside the point. Smalls said her favorite De Niro film was “The Family.” (Huh? It’s a 2013 comedy with Michelle Pfeiffer.)

“I’m going to a few events,” Jablonski said of her plans for Tribeca. “I have to leave for Paris on Tuesday for work.”

Not too far from them was a small bearded man who could never be mistaken for a model, Dustin Yellin. Before the party began, Yellin was running in the streets of Lower Manhattan, rushing to get to the steps of the courthouse, God forbid he should miss his place next to his date, the writer Amy Fine Collins, on the step and repeat.

“I often sprint through the city so I can squeeze in my cardio,” he said. This was the beginning of a little comedy routine from the joker manqué, who barely got a moment’s break from all the air-kissing he was doing with the likes of von Furstenberg. Was he planning on attending the festival?

“I go all the time. I’m a movie buff. I’m a man carrying a boat over a mountain. I like to buff the heels of my shoes,” said the barrel of laughs, who then promptly returned to his air-kissing.