As president of the Cannes International Film Festival’s feature film jury, the actor was guest of honor at the Chopard Trophy award for promising young actors. 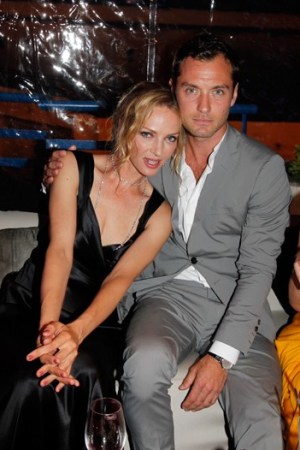 CANNES — Actor, director and producer legend Robert De Niro adopted a godfather role on Saturday night here — though of the nurturing kind. As president of the Cannes International Film Festival’s feature film jury, De Niro was the guest of honor at the 10th anniversary edition of the Chopard Trophy award for promising young actors, which this year went to Franco-Spanish actress Astrid Bergès-Frisbey and Franco-Canadian actor Niels Schneider.

A trembling Bergès-Frisbey zipped up the red carpet of Cannes’ Grand Théâtre Lumière for the opening of “Pirates of the Caribbean: On Stranger Tides,” in which she plays a siren, before heading to the Martinez hotel to receive the award from De Niro.

Introduced on stage by Gilles Jacob, president of the Cannes Film Festival, De Niro struggled to recall the first award he had received as a young actor. “It’s in New York, somewhere. I gave a lot of my stuff to the University of Texas, so I think they have it. It was for ‘Mean Streets,’ I think, the Critics Award, I forget which one,” he said, adding that the first time he participated in the Cannes International Film Festival was for “Mean Streets” in the Directors’ Fortnight. “So that’s almost 38 years ago. And I might have been here before that when I was just a young man traveling through Europe, I forget,” he said.

Former Chopard Trophy winner Marion Cotillard sent a message via video. “It’s a lot for a young actor to have this recognition at the beginning of their career.…To see the sparkle in the eyes of those actors of course reminds me of the sparkles I had a few years before,” she said.

Speaking at the end of the ceremony, Caroline Gruosi-Scheufele, co-president and creative director of Chopard, which is the official partner of the festival, said the award helps kick-start the winners’ acting careers. “Maybe from Cannes they will go to Hollywood, but Cannes brings a lot to Hollywood, that is also what I wanted to say, because the real cinema is here,” she said.

The ceremony was followed by a ritzy bash at the Chopard Lounge, located on the top floor of the Martinez, where guests included Uma Thurman, Jude Law, Alexa Chung, Peter Dundas and Karolina Kurkova.

Berenson said she sees a great future for the two winners. “They are irresistible, I think they will have great careers, it was magical,” she said.