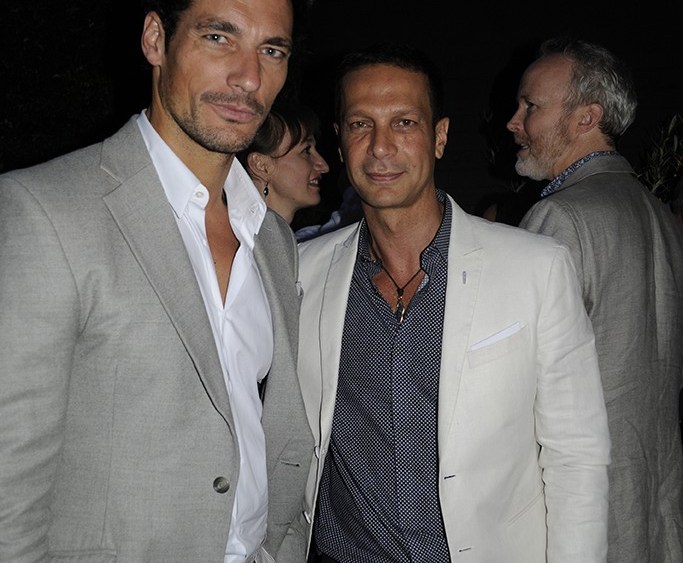 PLAYING BALL: The World Cup soccer championship coincides with London men’s shows this year, which meant that several guests at jeweler Robert Tateossian’s cocktail party on Saturday night were planning to leave early to catch the England versus Italy match. Not David Furnish, though.

“It’s not my thing — but it is Elton’s. I hope one or both of our boys will be into [soccer]; it would mean the world to Elton, who owned the Watford Football Club for about 30 years. I love when the matches are on because I know it means he’ll sit still for at least few hours,” said Furnish.

“I’m really proud of this alabaster sculpture by Gormley,” said Tateossian, indicating a glass-enclosed pillar of cubes. “It’s the first piece he made in the medium and, as a jeweler, I thought it would be cool to have his first alabaster work.”