Heidi Klum, Vito Schnabel, Louis-Marie de Castelbajac and Adrian Grenier were among the designer’s guests in Cannes, France, on Wednesday. 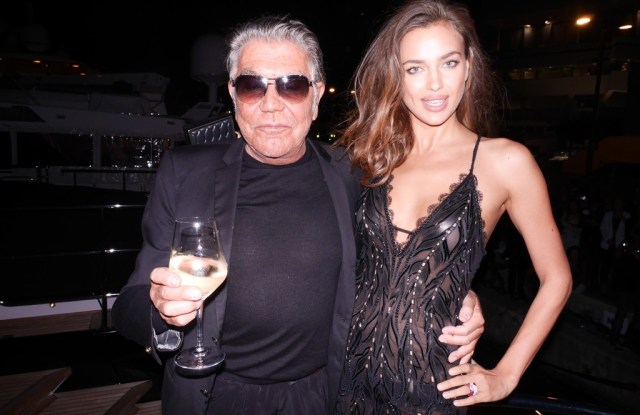 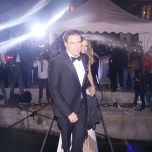 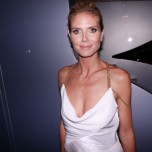 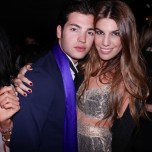 Kylie Minogue looked radiant Wednesday in a short, sparkling number by Dolce & Gabbana. She raised the temperature at Magnum’s beach party, singing not only one of her evergreens, “Locomotion,” but also a serenade to the ice-cream maker feting its 25th anniversary.

The Australian singer, who is slated to go on tour later this year, next hopped on Roberto Cavalli’s yacht, “RC,” where a flamboyant fiesta was underway.

“I don’t think it even classifies as a boat party,” observed Louis-Marie de Castelbajac, looking like a character from an F. Scott Fitzgerald novel in his black Ralph Lauren tux. “Strangely, what happens in Cannes is that everything seems so…” (he looked around in search of the right word) … “LaChapelle-esque,” he finally stated, after spotting a tome with photographer David LaChapelle’s gaudy images on the bookshelf in the yacht’s main salon.

Heidi Klum arrived with her new beau, Vito Schnabel, Julian Schnabel’s son. Coco Rocha, accompanied by Irfé’s Olga Sorokina, took a stab at the pasta dishes served in the main salon, while Adrian Grenier kept the Champagne flowing for everyone.

The “Entourage” star said he had been invited by director Joshua Zemen to help produce a documentary about the loneliest whale in the world, called ‘”52” and named after the 52 hertz frequency unrecognizable by other whales.

“It’s about the human need to reach out and interact and about the interconnectivity of all species; 52thesearch.com — check it out, it’s really special,” said Grenier, before being whisked away by friends to the main deck.