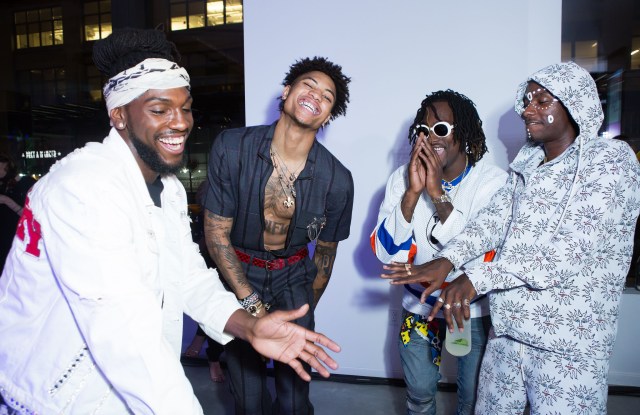 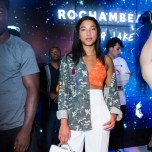 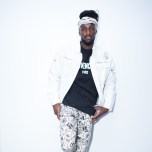 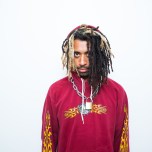 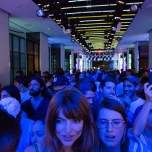 Rochambeau did its part to close New York Fashion Week: Men’s on a high note.

The brand took over the Cadillac House Thursday night and unveiled a digital art installation to showcase its capsule collection with Internet artist Yung Jake.

Although Laurence Chandler and Joshua Cooper of Rochambeau won’t show their own collection until September, they brought the capsule they unveiled in L.A. last month and even offered the limited edition items for sale. “The pieces are available for purchase,” Chandler said. “And when they’re gone, they’re gone.”

He said that as a New York brand with a heritage in men’s wear, they wanted to be a part of the week even though they have “a big show planned for September. But this is a fun teaser.”

The capsule features the deconstruction of a sweatsuit with T-shirts, sweatshirts, hoodies, shorts and joggers reimagined with the use of technology-related graphics. But the event also served as a good old loud party with the addition of four performers Chandler described as “SoundCloud rappers” who brought “a great energy” to the party.

“We said, let’s close out men’s week with something to attend,” he said.