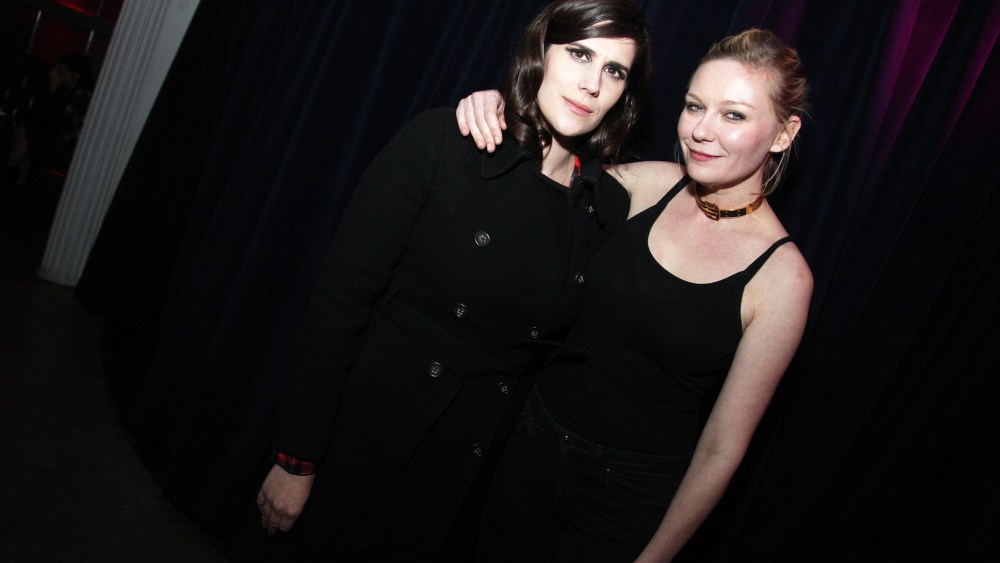 “What is this jank party?” shouted a Mulleavy pal jumping out of a cab outside the designers’ after party Tuesday night. Whoever thought the fashion pack might be tiring from the five-plus night stretch of the scene spoke too soon: It’s not over yet.

The sisters recently took a break from designing to write and direct their first film, called “Woodshock,” which will star Dunst.

“We wanted to do a collection based on San Francisco and we had gone on a trip there recently, and we’re from up there,” Laura said of the collection, shown at noon that day. “I just kind of remembered all these different things about San Francisco that I love, and we made the collection out of that.”

Much of California was with them in the room. “Yeah, some of our friends live in New York but they either come for our show or they come because they work in similar industries — but lots of people here are L.A., yeah,” Laura continued, looking around the room. Their post-show plans have them returning to Northern California. “We’re going to go to Napa Valley with Kirsten [soon].”

Hanging by the bar was Gevinson, on a break from Broadway rehearsals. “I saw Creatures of the Wind and Rachel Antonoff,” she said of her fashion week thus far. “Creatures was so beautiful and Rachel’s show was like a musical number.” She’ll appear next month in “The Crucible.” “I’m in rehearsals right now — I’m having such a great time, it’s going to look really special. I’m so lucky.”

It wouldn’t be a Rodarte postshow party without a Mulleavy sister birthday cake — and just past midnight two cakes were brought out — one for the DJ, Zach Cowie, and one for Kate. Close to 12:30 a.m., just after the cake was presented, Dunst’s “Melancholia” costar Skarsgard wandered in, girlfriend Alexa Chung nowhere in sight. Perhaps word of the birthday cake had traveled fast?