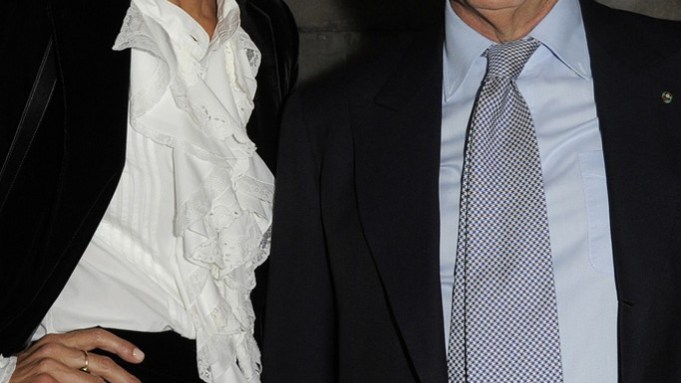 BUSY BEES: She wasn’t quite the youngest woman in the room; Inès de la Fressange’s daughter Violette beat her to that title. But at 19, Olivia Bee has an impressive résumé already. The photographer, known for her soft-focus pictures of adolescent life, has charmed many a brand — most recently Roger Vivier, for which she shot the fall Virgule campaign featuring Atlanta de Cadenet Taylor — but also Hermès, Converse, Nike, Fiat 500 and Adidas.

At the cocktail reception to celebrate the opening of the Vivier retrospective at the Palais de Tokyo Monday evening, the confident, quirky teen explained that she thinks her appeal, especially for luxury brands, lies in the ability to capture the spirit of youth.

“It’s a breath of fresh air,” she said. “Part of the point is to give these brands accessibility so that young people are attracted to them, too. Hermès and Roger Vivier are typically brands made for women who are older. We’re trying to say, ‘No, kids, this is f–king cool too, you can wear this.’”

Bee said she is turning her hand to filming, and would like to work on music videos and features, but named brands she aspires to work with as Chanel, Kenzo, Marc Jacobs, Givenchy — with a hard G — and others.

Another face coming up — in front of the camera this time — is that of Canadian-born, France-based actress Pom Klementieff. She’s featured in Spike Lee’s “Oldboy,” out Nov. 27 in the U.S., and recently finished shooting Cyril Morin’s “Hacker’s Game” in Los Angeles, entirely in English.

“That’s why I’ve got purple hair. I play the lead female role. It’s a love story between two hackers,” she added, posing in front of a display case featuring the same houndstooth check shoes she herself was wearing.

Actor Clovis Cornillac, accompanying his wife Lilou Fogli, said he would be hitting the Paris stage in January with a version of Patrick Süskind’s one-man play “The Double Bass.” “It’s a beautiful play,” he said of the tragic comedy, which marked Süskind’s breakthrough in 1981. “It’s fascinating to do.”

Julie Gayet was glowing from the success of Bertrand Tavernier’s movie “Quai d’Orsay,” a “political comedy” out next month in which she stars that took the prize for best scenario at the San Sebastian Film Festival over the past weekend.

Perfumer Francis Kurkdjian stopped to look at an embroidered ankle boot, confiding: “It reminds me of my mother. She wore things like these in the Fifties and Sixties.”