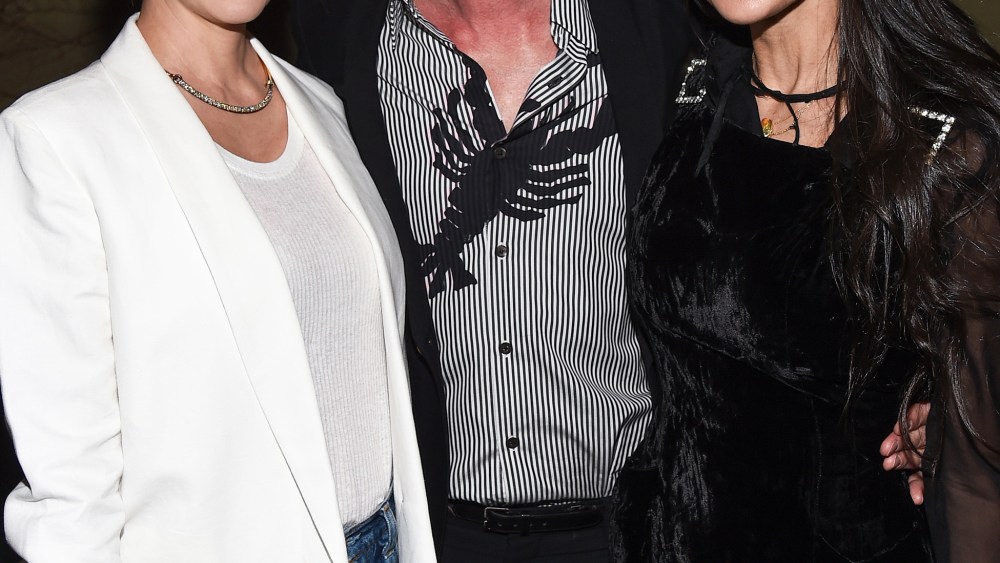 On Tuesday, the back patio of Suzanne Goin and Caroline Styne’s stalwart French eatery Lucques in West Hollywood was crowded with Francophiles who came at the behest of Lisa Eisner, Elizabeth Stewart and Anne Crawford to toast Roger Vivier creative director Bruno Frisoni, who made a return to the West Coast after nearly four years.

“This is what I wanted, a casual, chic setting where people could come and go, and stay as long as they please,” said Frisoni, margarita in hand, gesturing around the tree-filled patio, where guests mingled at cafe tables. “No place cards, no set dinner time. This way, you don’t ever have a gap at the table when people arrive late or go out to have a cigarette. And they’re always smoking.” Indeed, Frisoni could author a book on European party etiquette, but that niche appears to have already been taken and anyway, he’s put together three Vivier tomes since taking the creative helm in 2002. The designer was also in town for P.A.’s at Neiman Marcus Beverly Hills and Vivier’s South Coast Plaza store, before heading to Bali for holiday. “I’m already giving fashion advice and shoe advice, why should I now also give party advice?” he laughed.

That was left to Eisner and her cohorts, who introduced guests to one another, making connections where many already existed by six degrees of separation. Demi Moore and January Jones, for example, both exes of Ashton Kutcher, appeared to be BFFs for the evening, tucked into a corner with Moore’s perennial party date Eric Buterbaugh.

Meanwhile, China Chow held court at a banquette with Mitch Glazer and Kelly Lynch. “Look at my shoe! Doesn’t it remind you of Prince with the paisley, the rhinestone buckle and the platform?” she said, holding up her foot to show off a Vivier creation. “My sister used to do Prince’s makeup,” chimed in Lynch, before the conversation moved swiftly to Jennifer Lopez’s rear end and other party topics.

The event also drew a mix of young designers including Brian Wolk and Claude Morais, Alexander Lewis and Amber Sakai; and design world notables Joel Chen, Roman Alonso, Nathan Turner and Cliff Fong, who was debating whether or not to take the TED conference up on its offer to speak. “I tend to go off on tangents, so I’m not sure the structured time frame is for me,” said the former fashion buyer and stylist-turned-interior-designer to the stars. He was in perfect company, as guests didn’t seem to want to leave when the restaurant kitchen was shutting down at 10 p.m. “What, it’s only 10 o’clock?” said Frisoni. “If this were Paris, people would show up at a quarter-to-twelve expecting dinner.”