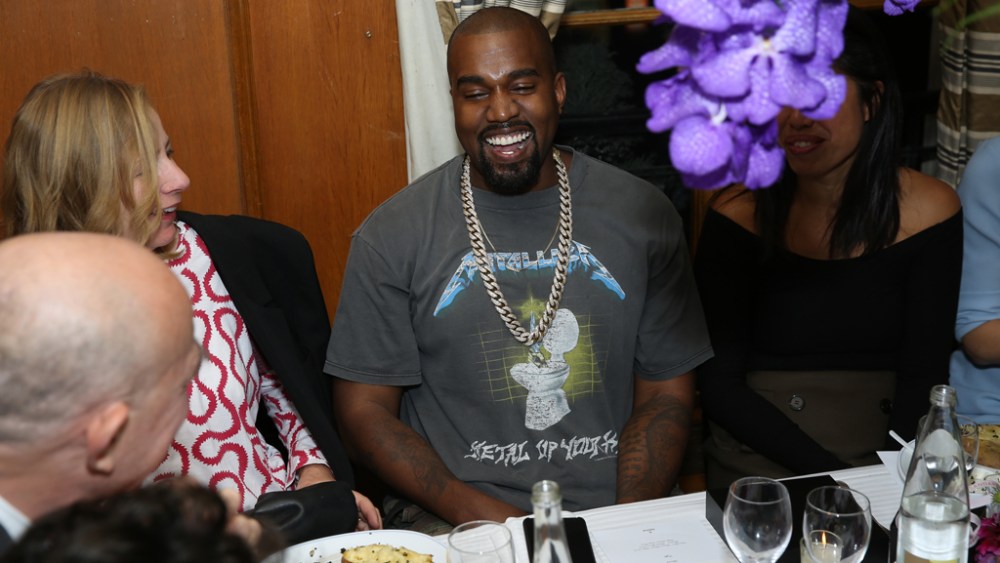 UNITED NATIONS: Various British accents — along with Italian, French and American ones — could be heard Friday night at Caviar Kaspia as London-based designer Roksanda Ilincic took over the luxury fashion canteen to celebrate the 10th anniversary of her signature label.

She had decked the dining room with purple hydrangeas, dahlias and orchids, choosing Paris to mark the milestone so she could welcome a more international crowd. “Plus I love the vintage shopping here,” she said.

Kanye West, dressed in a Metallica T-shirt and a heavy, diamond-studded chain by Jacob & Co., said he brought Yeezy Season 2, shown in New York, and is presenting it in a Paris showroom.

Christian Lacroix, who kicked off the revival of the Schiaparelli brand in 2013 with a one-off tribute collection, divulged that he recommended Ilincic to become its permanent creative director, but she declined.

“To me, Schiaparelli should be designed by a woman,” he said, praising Ilincic’s graphic approach, and ways with color. “Of course, I’m happy my former assistant is in charge,” he added with a laugh, referring to Bertrand Guyon, who arrived at the helm earlier this year.

Audrey Marnay said she would be heading to Kiev, Ukraine, in November to play a small role in an upcoming film. “I’ll be a Viking queen,” she said. “It’s going to be really wild.”