A pair of French brands held events in New York on Tuesday night.

By Matthew Lynch and Taylor Harris on June 12, 2013
View Slideshow 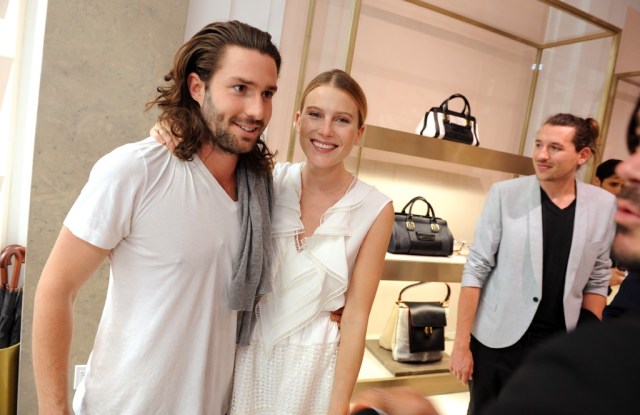 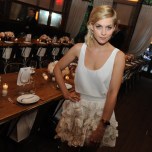 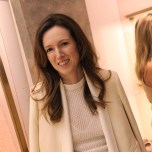 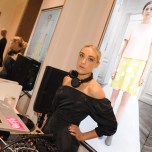 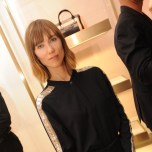 Maggie Gyllenhaal had a serendipitous entrée to Roland Mouret’s work. “I got asked to go to the Golden Globes very last minute, like two days before. They lost a presenter or something so they asked me to step in,” she explained over her stemware on Tuesday night. The actress was among the guests gathered on the seventh floor of Bergdorf Goodman in New York at a dinner in the French designer’s honor.

“I happened to be in L.A. at the time, so I was like, ‘If I can find a dress, I’ll do it,’” Gyllenhaal continued. The actress dialed up then-stylist Leslie Fremar, also in attendance at the dinner. “Leslie said, ‘I have one dress in my hotel room and I was like, ‘OK, if it fits me, I’ll wear it.’” The dress, a diaphanous, apricot-hued, floor-grazing number from Mouret, had Gyllenhaal instantly enamored. “It was love at first zip,” she said.

During cocktails, the designer told friends about his trunk show meeting with a dozen of the store’s clients earlier that afternoon. “It’s nice to see the evolution of my woman in New York. I really enjoyed the feedback. I learn from it. This is where I learn that, for example, for a bar mitzvah you need a long sleeve. Or the client will say, ‘I want a clever sleeve, something sexier and not boring,’” Mouret said before fetching Zani Gugelmann a drink. “This is where you learn things that you can’t get from just being in your studio.”

After cocktails, guests adjourned to the dining room where, over a plate of black sea bass paired with a spring artichoke barigoule, cross-table chatter ranged from debating the merits of “Girls” to bemoaning the arduous preschool placement process. Gyllenhaal told tablemates of her favorite shopping spot in Brooklyn, Bird, with the actress diagramming its exact location on a dinner napkin.

Mouret wasn’t the only designer with fancy dinner plans in New York on Tuesday, a particularly busy day for resort appointments and night for social engagements. Further downtown, Chloé held a cocktail party to toast its newish boutique on Greene Street and a New York visit by its British-born, Paris-based creative director, Clare Waight Keller. A smattering of socials were in attendance including Dree Hemingway and Phil Winser, Rachel Chandler Guinness and Kelly Bensimon.

Following cocktails at the store, a select group that included Shala Monroque, Fabiola Beracasa, Leigh Lezark and Tom Sachs headed to Locanda Verde for more drinks and dinner. Before taking her seat, Waight Keller offered an assessment of the new store.

“It looks like a little bit of Paris transported over here, which is really nice,” said the designer, who was gearing up for continued travel throughout the summer. “Oh, lots of summer plans, as you know, the French love to take holidays — it’s one of the perks of being in Paris.”