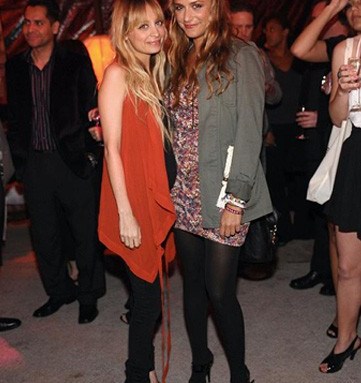 The Sunset Strip is hardly a haven for families — unless it’s the multifaceted Ronson clan, who headlined a boisterous bash hosted by J.C. Penney on Friday at Bar Marmont in honor of designing daughter Charlotte Ronson’s new fashion line, I [Heart] Ronson.

J.C. Penney president Ken Hicks hoped the celebrities would set an example for Middle America that “this is what a star can wear and what I can wear,” he said. (Notable exceptions being three of the revelers — Paris Hilton, Kim Kardashian and Simon Rex — who shot to fame via sex tapes.)

After guests helped themselves to a gifting closet (Dexter-Jones scooped up six outfits, including denim shorts and a sheer striped dress), rap group Plastic Little took the stage and true to form let the f-bombs fly.