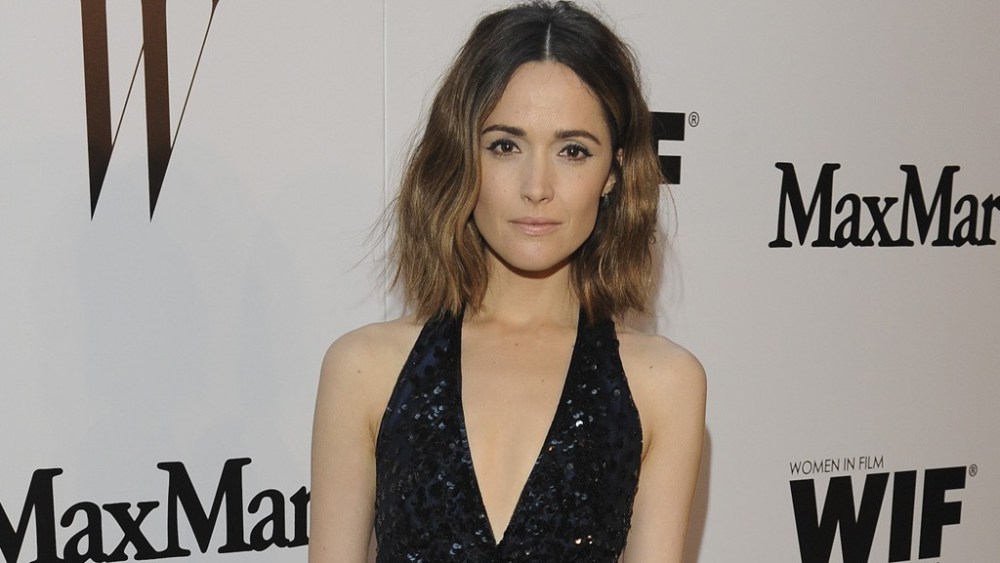 “It’s really nerve-racking. I’m not even one to throw a birthday party,” Rose Byrne giggled on Tuesday night, surveying the scene at Chateau Marmont where a gaggle of her best Hollywood gal pals had gathered to toast the actress. She was receiving the Women in Film Max Mara Face of the Future Award the following evening at the Crystal + Lucy Awards, also sponsored by the luxury brand, and the Chateau Marmont fete, hosted by Nicole Maramotti, served as a precursor.

“She’s just a funny, excellent human being,” fellow Aussie Bella Heathcote said of Byrne, whom she counts as one of her first “really good friends” in Los Angeles. The room was brimming with fellow “really good friends” of Byrne’s — Eva Longoria, Christina Hendricks, Jordana Brewster, Sophia Bush, Nora Zehetner and Erin Wasson to name a few. While most of them stuck to the Max Mara dress code, Zehetner wore a cropped two-piece Eliza Faulkner creation. “I have to get fitted for everything because I’m short,” she said. Krysten Ritter was beside the young actress: “Did you get taller?” Zehetner asked, noting Ritter’s towering stature. “Everyone says that,” Ritter replied. “I’m wearing heels, so I’m like six feet tall. I’m like a dude.”

“It’s an extraordinary network of people,” continued Blanchett. “I don’t live in Los Angeles, so this is a singular pleasure for me. Everyone is incredibly busy, but there are so many people here tonight because they believe it’s often a network that’s more powerful than an individual. I applaud Women in Film — not only for celebrating the successes of women, but for providing a safety network to mentor women and to discuss the particular issues that arise in a very male-dominated industry.”

Washington — who made her first public appearance since giving birth to daughter Isabelle seven weeks ago — said she was in awe of her peers. “It’s surreal to be honored alongside Cate Blanchett for anything,” she gushed, before receiving the Lucy Award for Excellence in Television. “I’m just sad that all of the honorees have to be at their own tables.” Still, the “Scandal” star found herself in good company — seated next to her husband Nnamdi Asomugha.

During their rare public appearance together, Asomugha kept close to his wife and clapped proudly as producer Rhimes sang her praises. “I’m out in public,” said Washington as she took a deep breath and accepted the award.