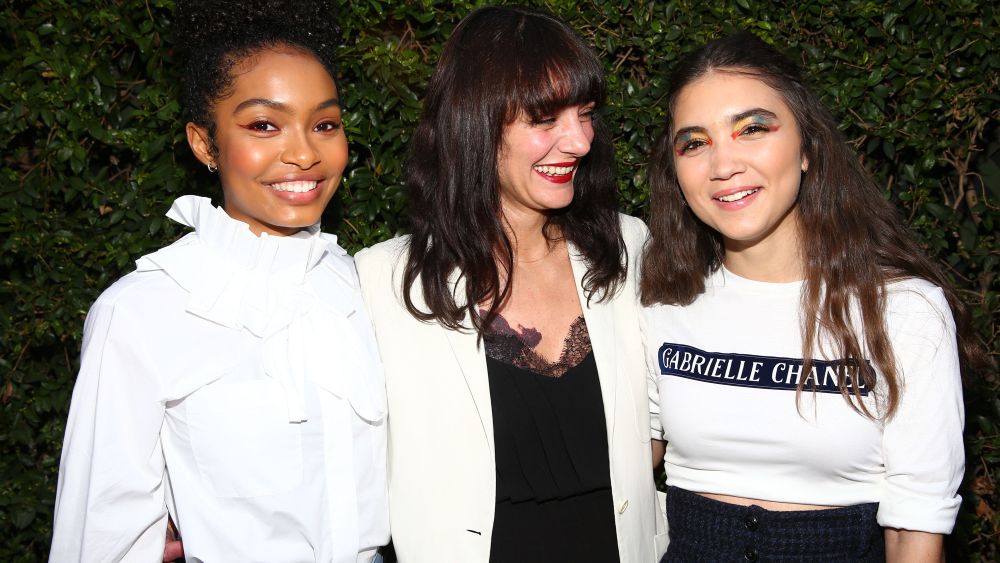 Chanel’s fall 2017 makeup collection, called Travel Diary, was inspired by the colors of California, so global creative makeup and color designer Lucia Pica flew back to Los Angeles to celebrate its debut on Wednesday night with a few adventurous actresses and fashion girls, including Rowan Blanchard and Yara Shahidi. A small group that also included Jennifer Meyer, Kelly Sawyer, Cassandra Grey and Laura Mulleavy gathered at Capo restaurant in Santa Monica, Calif., for outdoor cocktails followed by a candlelit dinner.

“The stranger I look, the more comfortable I feel,” said Blanchard of her rainbow eye shadow, inspired by the recent Chanel Couture show, her first. “I don’t really wear makeup in my day-to-day life, so when I do, I wear blue and green, something colorful. I’m obsessed with when people get freaky with makeup. It feels very performance-like. I don’t like thinking about it in terms of perfecting something.”

Although she didn’t do anyone’s makeup that night, Pica approved of Blanchard’s daring. “Ultimate luxury is sharing a personal experience. It’s about being inspired by right now, not old photographs, but something you have lived,” she said, referring to the L.A. to Big Sur road trip she took in October 2015.

She took photographs of firey sunsets, cloudy horizon lines, tire marks on the pavement and wild flowers, then used their colors, textures and the feelings they evoked to create the cool-meets-warm palette.

“There was this whole process of discovering the landscape and feeling the mood, but then going into the details of certain things and looking for the pairings that nature was doing. I not only discovered new colors but new ways of putting them together,” she said. The day before, Pica presented the photographs and a limited-edition book, along with a short film and demonstration of how to wear the products.

Shahidi didn’t need lessons — she sported an expertly painted sweep of dark red liquid liner on her eyelids that she said was an ode to Pica.

Amber Valletta, whose face has served as a canvas for many makeup-driven editorials, was eager to meet the makeup artist. “I’m interested to know what inspired her. Orange is a very specific color, but it’s cool,” she said of the brightest shade in the collection. Of her own minimal beauty routine, she said, “I feel like I look better with less makeup. It’s fun to get crazy for an editorial, but it’s not so easy to wear on a red carpet.”