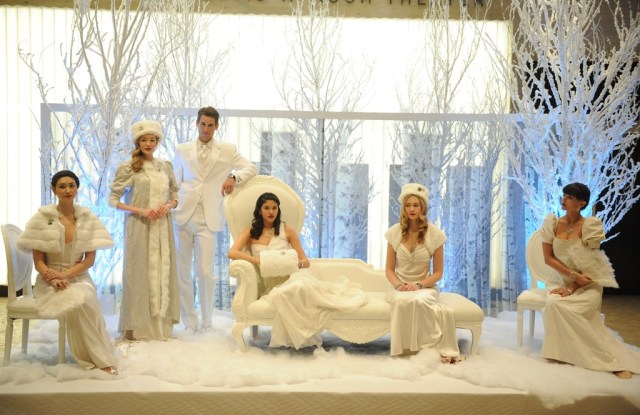 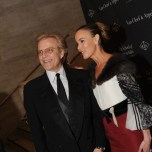 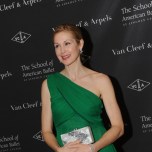 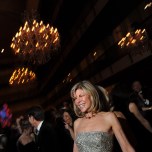 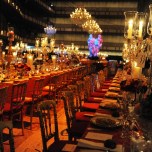 On the first ring of the David H. Koch Theatre at Lincoln Center for the School of American Ballet’s annual winter ball last night — festooned by Ron Wendt Designs with chandeliers, candelabras, floral centerpieces, sugared fruit baskets over red brocade tablecloths and a tableau vivant of models dripping in fur and Van Cleef & Arpels jewels — one thing was undeniable: a palpable sense of awe.

“I’ve seen a lot of events in this room,” said Peter Martins, the Ballet’s Master in Chief, as he took the podium to honor George “Mr. B.” Balanchine, the ballet’s original co-founder. “But none as stunning as this one.”

“Every year, it’s hard to top the year before; and every year, we think, ‘how are we going to do better?’” said founding chair Coco Kopelman. “But this happens to be one of the prettiest they’ve had.”

“I actually spilled vodka all over my notes,” said chairwoman Diana DiMenna as she took the mic. “Which is probably for the better.”

The crowd of benefactors including Chelsea Clinton and husband Marc Mezvinsky, Julia and David Koch, Kelly Rutherford, Caroline Lagerfelt, Prince Dimitri of Yugoslavia, Brie Blythewood and Ann-Marie Macfarlane dined on beef stroganoff (“I hear this was George Balanchine’s wife’s own personal recipe,” said one guest) while advanced SAB students took to the dance floor in a modern, high-energy and decidedly un-ballet-like performance.

“A+++!” said Kopelman, after the show. “It was great because it can show people that it’s not just about ballet, but about so many dance forms… Because not everybody understands ballet. And they rocked it. It was a Russian Hoedown basically, and it was so cute. What’s not to like?”

Michael Jackson, Whitney Houston and New Order took over the speakers as one of the student dancers pulled an elder guest onto the dance floor, spinning him into a delightful frenzy. The crowd quickly rose out of their seats to join in, leaving the dessert of ouefs à la neige largely ignored on the dinner tables.