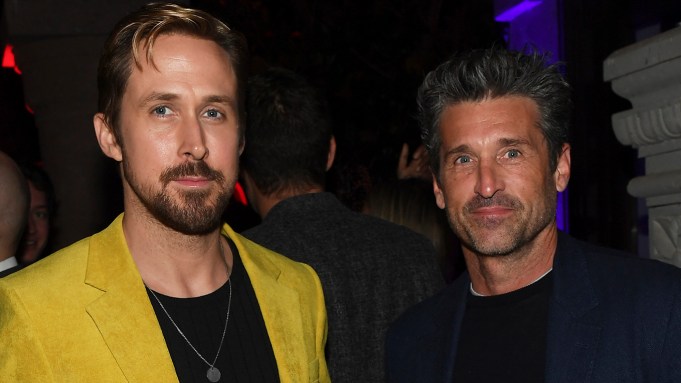 “He’s going to be involved in the artistic direction of the campaigns,” revealed Arnault, the 26-year-old son of LVMH Moët Hennessy Louis Vuitton chairman and CEO Bernard Arnault (LVMH acquired the luxury Swiss watch brand, founded in 1860, in 1999). “He’s going to design his own watch for himself. There are many things we’re going to do together. They’re going to be very strong.”

Despite the longevity of his career, this marks the first time the 40-year-old actor, a two-time Oscar nominee, has starred in an ad campaign.

“It was a pretty easy ‘yes,’” explained Gosling. “I mean, I never really felt a connection with other brands before. And look, on a technical level, they’ve been innovating and been leaders in their field for over 160 years, so that doesn’t hurt. And on top of that, I think on a personal level, I just think about time in a way I never used to. I have two small kids, and they’re growing up fast, so I keep my eye on the clock in a way I never used to. This sort of signifies that to me.”

Gosling (who shares the two children with partner Eva Mendes) was onstage in conversation with playwright and fellow actor Jeremy O. Harris, cowriter of “Zola.” The two worked together on Terrence Malick’s “Song to Song.”

“Why the Carrera for you?” asked Harris, referencing Tag Heuer’s newest release, a collection of 13 pieces that reimagines the brand’s over 60-year-old design. Gosling, in imagery that gives a clear nod to his 2011 hit film “Drive” — where he plays a getaway driver, eyes fixed on the clock — sports the watch in the campaign, shot by photographer Pari Dukovic.

“I generally respond to simple design, I guess,” he responded. “You know, we grew up on a budget, so I kind of veered toward timeless things, because you didn’t have to keep up with trends. I think that kind of just generally stuck. You could sort of put this watch in any situation, in any time period of the last century, and it would probably still be cool, so I think that’s a good indication that it’s a good choice.”

“Yeah, it’s palpable,” said Gosling with a chuckle, “my Canadianess.”

The Carrera line was on display throughout the venue, held in a sprawling 30,000-square-feet estate (where Zendaya recently hosted her birthday bash, according to Harris). The space was completely covered with neon lights of reds and blues (another homage to “Drive” — along with an end-of-night performance by electronic band Desire, featured in its soundtrack).

The party, which was in the backyard, brought out brand partners from across the U.S. along with some familiar faces, including actor and race car driver Patrick Dempsey, tennis star Naomi Osaka, and American hurdler, sprinter and Olympic gold medalist Sydney McLaughlin — all brand ambassadors of Tag Heuer.

“Our relationship with the world of sports makes it very strong here, because it’s so culturally important in the U.S.,” Arnault told WWD.

“Jack Heuer himself took on the role of a head of the U.S. for some time before becoming CEO,” he said of the executive, the great-grandson of founder Edouard Heuer. “And he was inspired a lot from the culture, from the marketing techniques here. He brought that in the brand, and that’s also one of the reasons why, from the start, it resonated very well here, and it continues to resonate very strongly.”