Ryan Seacrest Hosts BCRF Party for Pink in the Hamptons 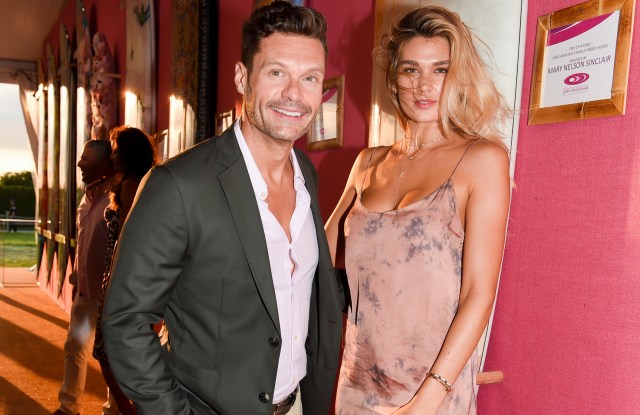 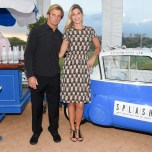 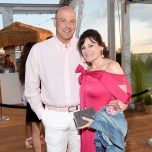 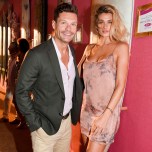 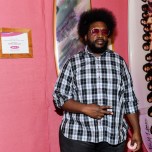 “I moved to the east coast about three months ago from Los Angeles and I always heard these rumors of Hamptons power parties and this is not what I envisioned,” teased Ryan Seacrest as host of the lively BCRF Party for Pink in Bridgehampton, N.Y. Saturday evening.

As the setting sun washed the sky with a grapefruit hue, an energetic crowd clad in myriad rosy hues gathered at the banks of Mecox Bay for the annual fund-raiser. “I don’t have any pink and I joke that this is my librarian dress,” said Gabrielle Reece of her Velvet by Graham & Spencer frock. “I’m 6’3” tall so I can’t just walk into a store and buy anything.”

Earlier in the day, the former professional volleyball player led a paddleboard race with husband Laird Hamilton in support of the foundation. “My husband did the race,” exclaimed Jennifer Fisher, who playfully tossed her candy-striped ruffled Viva Aviva top. “I’ll do it next year, but I’ve gone to chemotherapy for a [non-cancerous] tumor in my chest and it was acting up this year.”

The designer noted that she wants to be “the next Tupperware queen with jewelry,” by taking her business on the road with outreach events to her multitude of Instagram followers. “I just came back from Aspen and we’re going to L.A. to look at pop-up space. Beverly Hills is our biggest shipping zip code, but social media has changed things entirely.”

As The Roots drummer Questlove took to the DJ booth, the dance floor flooded with guests including transgender model Andreja Pejić, Zani Gugelmann, Danielle Lauder, Tracy Anderson, Lizzie Tisch and BCRF board member Maria Baum, who offered a tearful speech of her own cancer survival to the crowd. “Her speech is always the best part of the night,” added Fisher.

Framed by gyrating backup dancers, Eighties pop star Taylor Dayne belted out her hit “Tell It to My Heart” as Olivia Palermo and husband Johannes Huebl attempted to carry on conversation amid the thunderous music.

“The women are really elegantly dressed here,” observed Huebl, who opted for a neutral-color suit. “A lot of women made a serious effort and look beautiful and I love pink so I’m really impressed.”

Attempting to wrangle the boisterous crowd’s attention, Swann Auction Galleries president and sometime “Antiques Roadshow” appraiser Nicholas Lowry led a live auction of experiential lots. However, the showstopper of the fund-raising effort — and decor — was a wall of one-of-a-kind paddleboards from artists including Mark Boomershine, Gemma Gene and Nicole Miller.

“Get out those Black Cards, polish them up and get ready to use them,” instructed Seacrest to the deep-pocketed philanthropic crowd, which ultimately raised nearly $2 million for the charity.