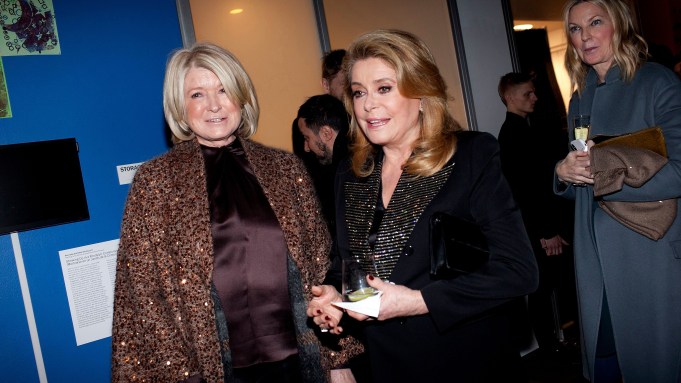 This holiday season, Saint Laurent gave its friends the gift of a screening of “Belle de Jour,” the iconic Luis Buñuel film starring longtime friend of the house Catherine Deneuve. To celebrate its 50th anniversary (the film was released in 1967), Saint Laurent supported a restoration of the footage shot on 35mm. Not only was it a preservation of one of cinema’s greats, though; it was stewardship for Yves Saint Laurent, who designed the costumes.

“For me, it’s very important that when I work at Saint Laurent that I’m close to the people that worked with Yves Saint Laurent — Betty Catroux, Catherine Deneuve, Pierre Bergé,” said current creative director Anthony Vaccarello before a screening of the film at MoMA on Wednesday night. “So for me it was important to see them and to continue the friendship. And with Catherine, we very quickly became friends, and it’s important to have those people still in the house. She’s very loyal to the brand, she’s loyal in her life in general: at Saint Laurent, we love her.”

Friends of Deneuve and Saint Laurent included Susan Sarandon, Debbie Harry, Chloë Sevigny, and — stuck in traffic, he notably walked down the block to make it, film lover that he is — Martin Scorsese.

“You never know in film what will happen afterwards, or how long it’s going to live,” said Deneuve, reflecting on the continued resonance of the film. The actress had, in fact, played a pivotal role in recommending the designer as a costume designer.

“I remember the first time I went to Yves Saint Laurent with Luis Buñuel because he was not too interested, but I had to ask and show him what it was going to be like if he was agreeing with that,” said Deneuve. “And I remember very well we went to the first meeting with Saint Laurent who showed him a few things, and [Buñuel] said, ‘OK, it’s fine.’ And he went and never went back to the fitting of the clothes and all of that, never went further than that. He knew when he saw the first time, he knew he was a great. But it’s true, I think the film owes something to [Saint Laurent] today…the style of the character in the film, that belongs to Saint Laurent,” she added, drawing the distinction between the different approach of a couturier designing clothes for a film and a costume designer.

Deneuve, who recently finished shooting a feature on 35 mm (a rarity in modern filmmaking) with Japanese director Hirokazu Koreeda, described the restoration of “Belle de Jour” as giving it a renewed lease. “It’s like seeing again something for the first time,” she said.