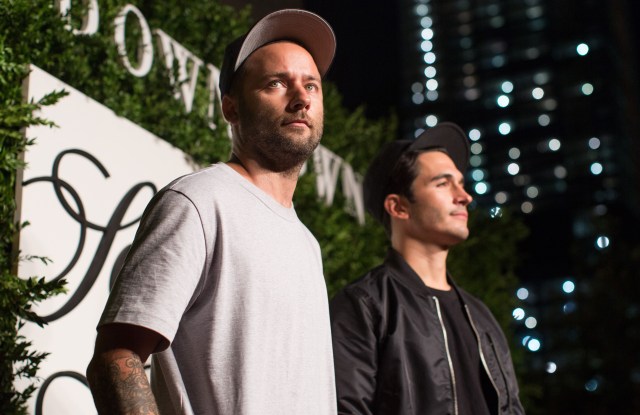 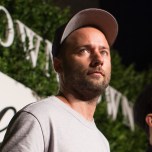 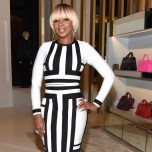 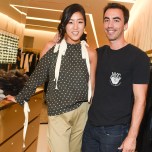 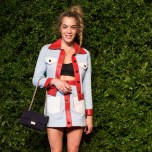 The brand new Saks Fifth Avenue at Brookfield Place got into the swing of things with — what else? — a cocktail party Thursday night, on the first official day of New York Fashion Week. Designers came out in force, including Jack McCollough and Lazaro Hernandez of Proenza Schouler; Laura Kim and Fernando Garcia of Monse and, newly, Oscar de la Renta, as well as Paul Andrew and Prabal Gurung. Lauren Remington Platt, Katie Cassidy and Hailey Clauson also stopped by for a look at the new shopping mecca, and Mary J. Blige dipped in for a pit stop before heading over to the Jimmy Choo party.

This story first appeared in the September 10, 2016 issue of WWD. Subscribe Today.

“It’s not that often that you open a store in New York,” said Saks’ chief merchant Tracy Margolies, surveying the scene. “We’ve been planning it for years.” Given the new store, her fashion week is all the more busy. “Shows, appointments, presentations, opening a store…there’re so many brands I’m excited to see, and now I have a beautiful store to curate it for,” she said.

While the new Saks will undoubtedly appeal to many downtown shoppers, Margolies hopes to attract the uptown clientele as well. “We think there will also be a customer who comes downtown to Brookfield and spends a day here,” she said. “There’s a lot to do here.”

“All of the focus in the last two days has really been on the opening of Saks downtown,” the retailer’s fashion director Roopal Patel said. “So I haven’t been to as many shows and presentations, but I’m really excited to see Monse, to see Jason Wu, Tanya Taylor — the lineup is really exciting.”

One of the most highlighted brands by Saks for their opening is Vetements, which is the first brand featured in their ‘stadium,’ a rotating, 30-day installation space. “We were working on it until 2:00 today, with FaceTime, with phone calls,” Patel said, adding that Vetements was the perfect brand to open with given how it parallels what the store aims to accomplish. “This store is definitely more of an advanced store, and we want it to have a very unique feel,” she said. “You can see with the brand roster — Balenciaga, Vetements, Dries Van Noten, Saint Laurent — it’s a very dynamic designer assortment. And we wanted the right designer to represent that.”