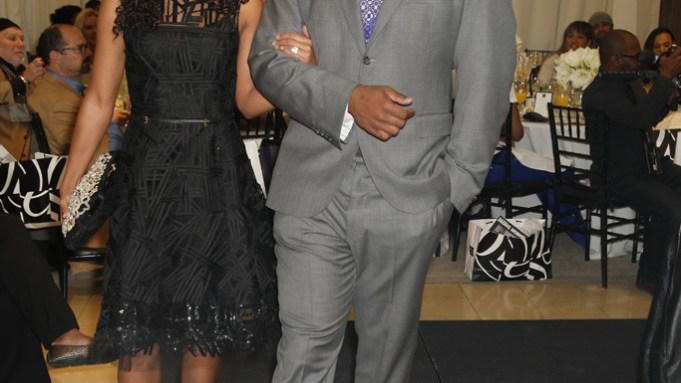 While the primary focus may have been on the field, it was the NFL players’ wives who took center stage at Saks Fifth Avenue this week.

The retailer held not one, not two, but three Super Bowl-related charity events on consecutive nights during the run-up to the big game.

The first one on Wednesday night benefited the Big Daddy Foundation, a charity founded by Richard “Big Daddy” Salgado, a player-turned-football agent who suffered an aneurysm four years ago and whose foundation supports the Children’s Brain Aneurysm Center of North Shore University Hospital in Manhasset, N.Y.

Next, the store hosted a two-day event with the Off the Field Players’ Wives Association, a charity organization comprised of wives of active and retired NFL players that supports philanthropic initiatives that enhance the quality of life of the disadvantaged in the Super Bowl host city. This year’s event benefited the Girls Educational Mentoring Services, or GEMS, a New York-based nonprofit that works with commercially and sexually exploited girls and young women.

On Thursday night, the group had a meet-and-greet at the store, followed by its 13th annual brunch and fashion show on Friday afternoon. Several current and former players accompanied their wives on a runway where the wives sported apparel and accessories provided by Saks. The retailer has hosted the fashion show event for the past six years.