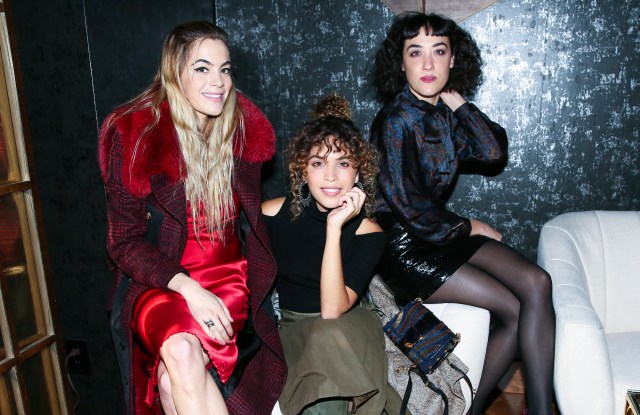 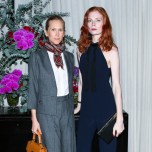 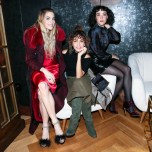 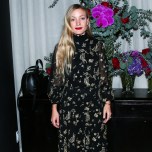 “I have no idea where I am — I might’ve just walked through the grocery store,” said Sandra Choi on Tuesday evening, having walked through an interior entrance into a private room at Le District, at Brookfield Place. The Jimmy Choo creative director was on hand — and dodging grocery displays — for a dinner held in partnership with Saks Fifth Avenue and Vogue.

“This is my second time — the first time I came it was for the Saks opening,” Choi said of her surroundings. Aside from those downtown professionals who frequent Le District for the lunchtime rush, many of the guests noted surprise at discovering there was such a private room in the mall space. The Saks team, for one, had quite the short commute: The dinner neighbored their newly opened — and frequently christened — downtown location.

“Saks has been our long-term partner since we begun the whole brand,” Choi continued, as guests including downtown girls Chelsea Leyland, Cleo Wade, Kate Foley and Mia Moretti mingled. “Right now we’re celebrating our capsule collections for cruise 2017 — and I’ve come up with a collection concept that has to do with a feast” — hence the dinner party.

For her own gatherings, Choi said she loves to cook. “I cook roasts,” she said. “You can say that is quite an average type of cooking, but it’s the timing. You’ve got to get everything right.”

The brand also recently marked 20 years in business, which has led to, you guessed it, many a party. “One thing about the Jimmy Choo brand is we’re very energetic,” Choi said. “We always have ideas and what they call tricks up your sleeve. So when it’s right, we’ll put it out there. And what better than starting our 21st year with celebrating something that we own — the fun factor, the playfulness. We are very much still centralized around women’s collections, even though we do men’s, and ultimately, what woman doesn’t want to look good and also have fun?”