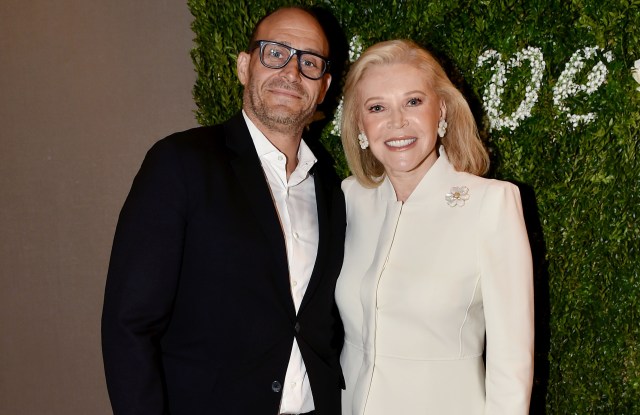 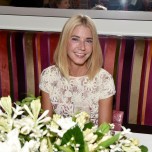 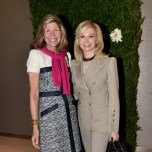 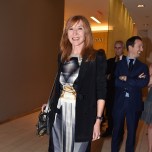 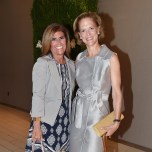 “We all made it despite the traffic à la Trump,” exclaimed Audrey Gruss.

The Midtown Manhattan gridlock caused by the President’s visit to the United Nations Tuesday was only a minor inconvenience as the philanthropist joined Saks Fifth Avenue president Marc Metrick in hosting a private luncheon at Café SFA within the department store’s New York flagship.

Guests including Jennifer Creel, Karen Lefrak, Jackie Weld Drake and Serena Boardman were on hand to celebrate the launch of Hope fragrance, which will be sold exclusively at the retailer with 100 percent of the proceeds going directly to Gruss’ Hope For Depression Research Foundation that funds mental health research.

“I’d be naked if it weren’t for Saks,” said Gruss with a laugh as waiters passed by carrying silver trays filled with Champagne flutes. Her idea for the luncheon came from a chance meeting with its president at the retailer’s Beverly Hills location. “I told him in 20 seconds or less [about my idea for this fund-raiser], we met in New York and it was a done deal.”

Metrick is working to keep up with the changing tide in retail by using events like Tuesday’s luncheon as an opportunity to connect with some of the store’s more high-profile customers while raising awareness of charitable causes.

“You can see throughout the store how we’re rebuilding and reinventing,” he said. “It’s about wellness, inner beauty and taking care of yourself. One of the ways to do that is to really give back and be an important member of the community.”

Echoing the luncheon’s theme was Nicole Miller, who donned a Mary Katrantzou dress bearing the outline of a vintage perfume bottle. “I bought it on sale in London and I’ve had this for about 10 years, but I’ve never worn it so I thought why not today?”

Nearby, Candace Bushnell leaned casually against the bar in a cream-colored lace frock. “It’s from Manrico Cashmere, which is only a block away from my house so I always go there,” she explained. A resident of New York since age 19, the “Sex and the City” author has become inextricably linked to Manhattan but relishes time away in order to focus on her own mental clarity.

“I actually left the city for three years to go to my house in Connecticut,” she said. “I just wrote all sorts of stuff that will never get published. It was too out there, but that’s what you’ve got to do is write and experiment and take chances. Every now and again you have to take a break.”

Actress Lorraine Bracco, who recently returned to New York after a six-year stint in Los Angeles, is “so friggin’ excited to be here and walk the streets and look at the people.”

The Brooklyn native, who has openly discussed her own struggle with depression, lauded Gruss’ courage in helping to lift the stigma associated with treating mental illness. “If you break a leg, you run to the doctor. If you’re lonely and depressed and sad and unwilling to look at the truth, you stay home and be miserable when you could be a productive human being.”

Settling in for a tête-à-tête, Jamee Gregory and Hillary Geary Ross were among the first to assemble at the elegantly set table. Jasmine, gardenia, tuberose and Lily of the valley poured over rectangular vases — each contributing to the newly launched fragrance’s primary notes.

“Audrey is a real heroine to us,” observed Ross. “She fights depression and brings it out in the open. I’m filled with admiration for her.” The wife of U.S. Secretary of Commerce Wilbur Ross had no trouble fighting through traffic along Fifth Avenue. “I’m a New York walker so I’m happy to walk. I walk everywhere.”

Missy Robbins on Cooking Up Something New