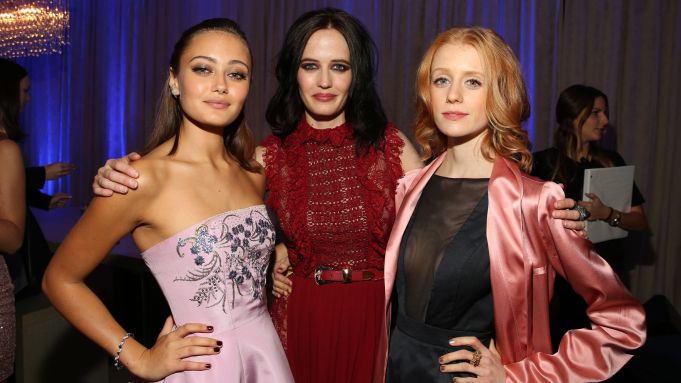 Saks welcomed a peculiar crowd to its Fifth Avenue flagship on Monday evening. The cast from Tim Burton’s upcoming film “Miss Peregrine’s Home for Peculiar Children” flocked to the store’s eighth floor, where they encountered drinks and bites inspired by the film. Saks’ relationship with the film goes beyond party venue — Eva Green and Samuel L. Jackson, the film’s stars, are featured on the front and back covers of the fall Saks Magalog, and the retailer’s current window installations were inspired by the director and Marc Jacobs, who cited Burton as a muse for his current season collection. Joining Green, Jackson, Burton, Ella Purnell and Asa Butterfield for the premiere and after party were “Miss Peregrine’s Home for Peculiar Children” book author Ransom Riggs and fellow actors Zac Efron and Michael Shannon.

“I fell in love with the idea of how this whole thing has been built on just a couple stray photographs that Ransom Riggs found,” Purnell, who plays Emma Bloom in the film, told WWD last month. “[The script] is funny, it’s a bit sad, it’s a bit dark, it’s very gripping. Something happens every step of the way, and you’re so emotionally invested in all these characters. I think it’s just a hugely relatable movie with a great moral.”