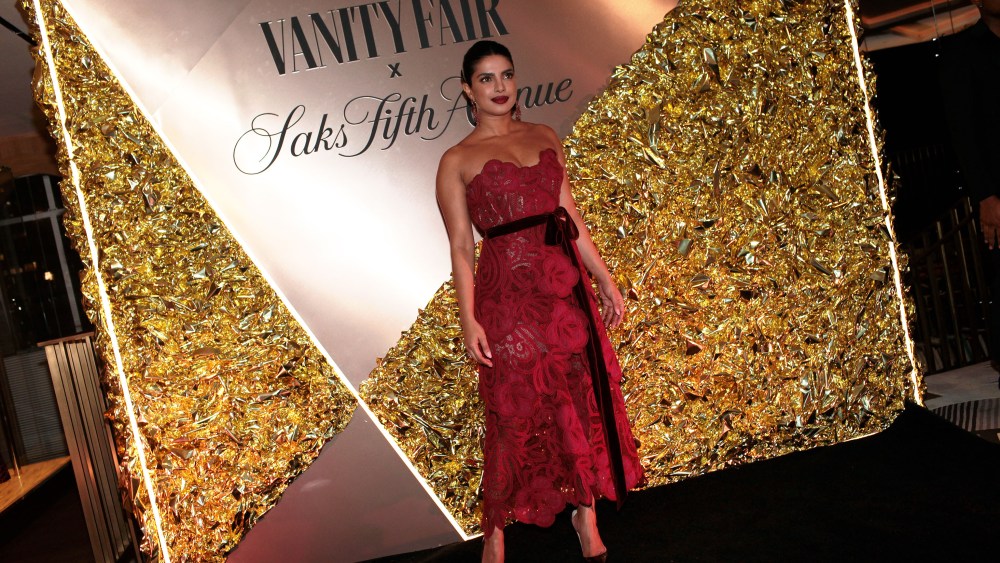 What a difference a venue makes.

In the past, when Saks Fifth Avenue has played host to the Vanity Fair best-dressed list party during the early days of NYFW (technically we’ve yet to even begin but you know how these parties go), it was held on the sales floor and lacked, well, any sort of actual party vibe. Enter L’Avenue, the department store’s restaurant, which has quickly emerged as the place to host a party, and it was an entirely different night.

The crowd was there to toast all things good style, in honor of the magazine’s best-dressed list. Cameron Dallas said his pick for best dressed is Kerwin Frost.

“He just wears whatever he wants,” the influencer said, dressed in a maroon suit.

His own style is much less complicated. “I like to just change it up. I’m pretty lazy with my style for the most part. I like to wear sweats and laid back stuff,” he said. “When I get dressed up I like to wear anything, anything that steps out.”

Dallas will be attending shows for an uptown lady — Ralph Lauren and Carolina Herrera — as well as walking in The Blonds show, which is in collaboration with the Broadway smash hit “Moulin Rogue.”

He explained the seminal Baz Luhrmann film has been turned into a Broadway production (you may have heard?), and has yet to learn what exactly will be expected of him (here’s hoping for some of that choreography).

“I guess I’ll see what happens during the rehearsals,” he said.

“Her extraordinary elegance and the sense of style and elevation, and also joy. Which are things that you wouldn’t think maybe could go together, but when they are authentically who you are, they create magic,” he said. “Audrey!”