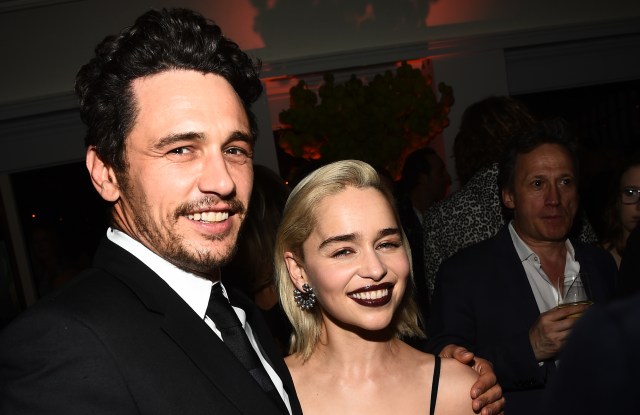 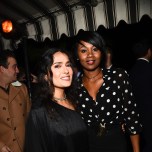 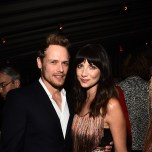 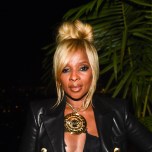 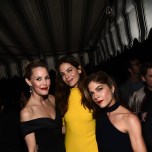 One has come to expect a crush of stars at W magazine’s annual Best Performances party, held the Thursday before Golden Globes. This year actors featured in the pictorial who turned out included Gal Gadot, Salma Hayek, Mary J. Blige, James Franco and Emilia Clarke.

Other guests at the Audi, Dior and Dom Perignon-sponsored affair included Ashley and Elizabeth Olsen, Kate Beckinsale, Aziz Ansari, Tommy Hilfiger, Peter Dundas, John Taylor, Nick Rhodes, Selma Blair, Michelle Monaghan, Zoey Deutch, Maggie Grace and Constance Wu, who was one of the founders of the Time’s Up initiative, the group behind the call to wear all black to the Globes.

“The fashion and beauty industries are some of the biggest in the world and they use our faces and bodies to sell their product, yet in terms of equal pay they don’t pay us as much. When you have a visual statement like that, you suddenly realize the value and impact women have towards the market, so I think it’s a statement to get the ball rolling in other areas,” said Wu, adding, “This is definitely a movement. Our first big thing is the Golden Globes. We are all sisters in this together.”

As for whether Time’s Up will encourage actresses to wear black to other awards shows this season, she said, “I’m not sure yet.”

“Outlander” star and three-time Globe nominee Caitriona Balfe mugged with costar Sam Heughan before taking a moment to talk about Time’s Up and the fact that she’ll be wearing black on Sunday.

“A lot of people are saying, ‘Why wear black? It’s so depressing.’ No, this is actually still a moment of celebration and things are changing and we are supporting people by getting together in a real moment of solidarity,” said Balfe. “Men have been wearing black tuxes for 75 years. We are not going to be the jewels who are just standing here. We are going to be the actresses who have worked hard and earned our right to be here and say something. And hey, it’s after Christmas and black is slimming so win-win.”

Elsewhere, Allison Williams and Daniel Kaluuya had to leave early to make it to a SAG panel to discuss their film “Get Out.” They crossed paths with late arrival Salma Hayek, who made a beeline for Hong Chau, who was nominated for her role in “Downsizing.”

“Let’s do one more lap,” said Elizabeth Olsen to her companion as they ventured down the hall to see who was in the other rooms.

Making her first appearance at the party was Blige, star of the nominated film “Mudbound.” Of her acting prospects, she said, “I’m getting more scripts, so we’ll see. I’d like to do more movies.” Of her all-black ensemble and large gold medallion necklace, she said, “It looks like Versace from the past, but it’s new Balmain.”

Joked Valentino’s Carlos Souza, “I’m ready for the funeral on Sunday. I’m kidding. Actually, I have lots of beautiful dresses in every color.”