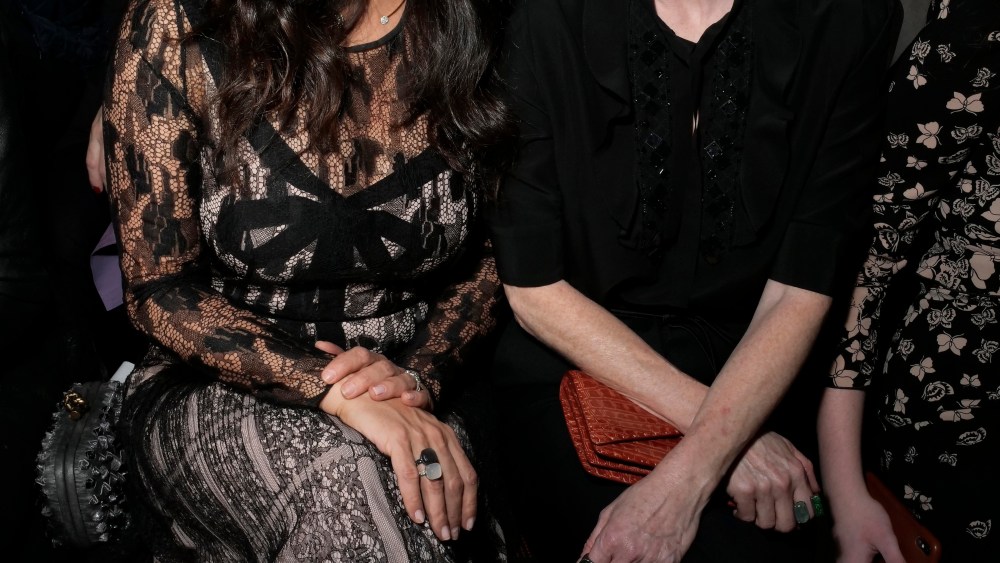 “It’s very random that I’m in New York right now,” said Ana de Armas on Friday evening at the former American Stock Exchange building, where Bottega Veneta had literally set up home for its fall collection show. The “Blade Runner 2049” actress might have been in New York by chance, but the brand was here for important strategic reasons: The show and accompanying party were held to mark the opening of its new Madison Avenue Maison.

“This is where my dog is from, so that’s my best memory [of the city],” said de Armas, who is in town shooting a short film. She joined Salma Hayek and husband Francois-Henri Pinault, head of Bottega parent Kering, Julianne Moore, Priyanka Chopra, Marisa Tomei, Dylan Penn and more for front row seats at the evening’s show.

“I think I was hatched here,” Tomei said of her best New York memory. “It’s the little things [that make the city special]. It’s the little alleyways, and everything from the corner bodega to the Met museum. It’s walking…walking is really what it is. Even in the cold.”

Though she’s heading out of town shortly, she made sure she was present for Tomas Maier’s arrival. “I just adore Tomas and it’s such a special event that he’s going to be here for the first time showing here,” she said.

Further down, Hayek was the center of attention, swarmed by greeters and staffers. As Penn arrived next to her, an onlooker was happy to make the introductions.

“Oh my god, I’m so sorry,” Hayek said, having broken free from admirers for an ever-brief moment. “I think it’s great. I think it’s so cozy, I wish I was sitting there,” she loyally added, pointing to the couches laid out on set. “The store is opening, and it’s an amazing store. I think it keeps it fresh. I love what they did with it, with the furniture.” And with that, a security guard ended her interview time, prompting more apologies called out from Hayek.

Following Maier’s bow, the scene was much more relaxed — and security guards more hands off. Hayek, her husband and company led the pack onto the apartment set for the after party, where attendees and models alike lounged about on the staged furniture —Bottega’s, naturally — with margaritas and Negronis. The VIP crowd made a hasty exit, but various editors and fashionistas lingered on into the evening. Fashion month, after all, is still young.

Cardi B Is Back at NYFW