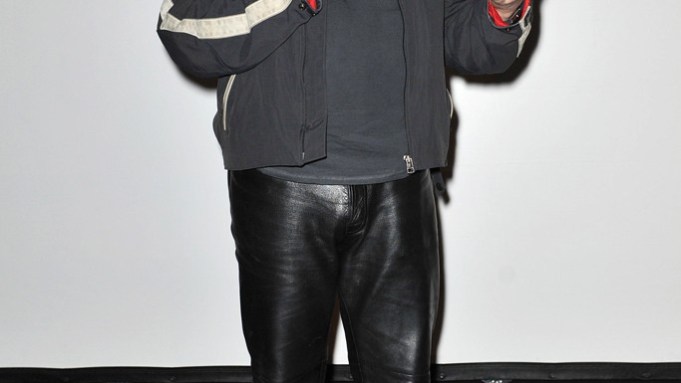 The motto “less is more” was central to Philippe Starck’s speech Wednesday night at the presentation of the designer’s new chair created in collaboration with manufacturer Emeco. Starck, a supporter of the eco-friendly de-growing philosophy, which advocates a gradual decrease in material use, created the Broom Chair using plastic and wood waste materials.

“This chair is made of dust,” said Starck, who the previous night had presented the Kartell Goes Rock chair — created with Lenny Kravitz — at the Kartell store.

A stone’s throw away, Vionnet creative directors Barbara and Lucia Croce, Luisa Beccaria and Coco Brandolini d’Adda were among those joining Consuelo Castiglioni at the Marni store to fete the launch of a special collection of 100 metal and PVC chairs manufactured by Colombian ex-prisoners. All proceeds will be donated to the Institution of Attenuated Custody for Mothers, an association that helps mothers detained at Milan’s San Vittore to live with their children in apartments outside the prison, said Marni director of special projects Carolina Castiglioni.

Hogan focused on photography, unveiling “Future Roots,” an exhibition and book consisting of 56 portraits of 56 artists and designers, including Patricia Urquiola, Italo Rota, Jean Nouvel, Karim Rashid and Fabio Novembre. Tod’s chief Diego Della Valle said he will have his first trip on one of the new high-speed trains he developed in partnership with Ferrari president Luca Cordero di Montezemolo on Saturday. “I think it’s a good thing for the image of our country, for the tourists and also for the Italians,” he said. “I hope it’s the starting point of a process that will allow travel across Italy in a more civilized way.”

On Tuesday, Wallpaper and Brioni hosted a cocktail to celebrate the magazine’s third annual Handmade exhibition, which is on show until Sunday at the Brioni store. The exhibition features a string of collaborations between designers, artists and manufacturers including Alexander McQueen, Karl Lagerfeld, Neil Barrett, Guerlain and Comme des Garçons.