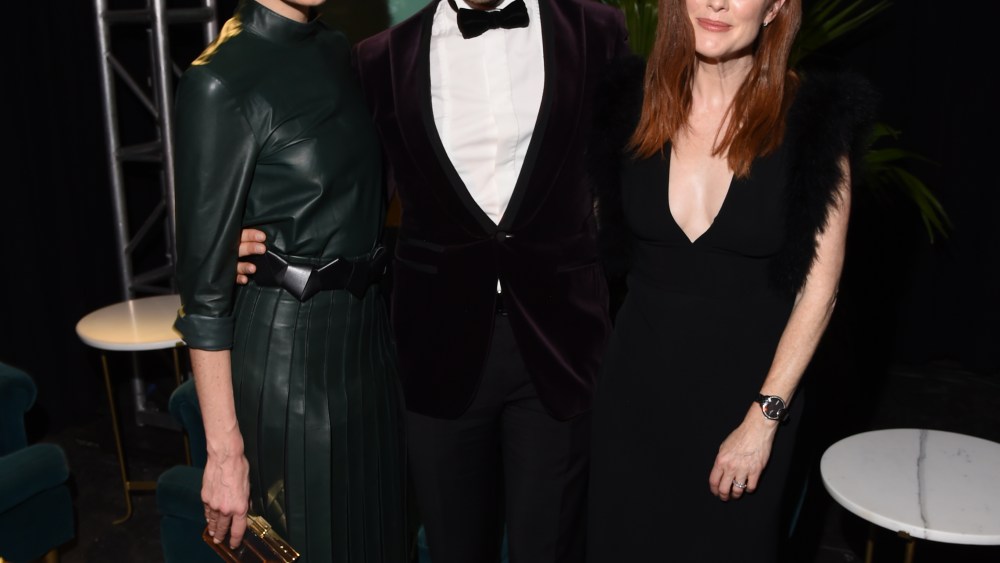 NEW YORK — The formula for a successful fashion party is no longer confined to the right venue, the cool DJ or the spot-on guest list. Now it’s also about providing guests with picture perfect setups that can easily be shot, shared and gawked over on Instagram, Snapchat or whichever platform partygoers are utilizing at the moment.

The team at Salvatore Ferragamo must have had that in mind while conjuring up the firm’s event on Tuesday night in New York City that celebrated the culmination of its 100 Year Anniversary tour, which started in Los Angeles and moved to Shanghai before landing in the Meatpacking District, and its 100 Days digital marketing initiative, which artfully highlights the brand’s heritage over the course of 100 days.

The Industria Superstudio paid homage to Ferragamo’s Hollywood heritage and was transformed into Gancio Studios, which was replete with various installations modeled after a film set. Guests could have their picture taken in a vintage, cherry red Alfa Romeo convertible, lounge in a plush pink bedroom, or watch a short film featuring actor Ethan Peck, the grandson of Gregory Peck, and Elettra Wiedemann.

“There’s a lot of different things that go into creating a good vibe at a party,” said Wiedemann, the model turned food editor — she holds that title at Refinery29 and has her own blog, Impatient Foodie. “I love that they have all of these fun Instagram moments. It’s not too crowded and the music is at just the right volume.”

“I love Instagram. I don’t have Facebook so it’s really the main way I use social media,” she said.

Actress Michelle Monaghan, who was among other guests including Julianne Moore, Dree Hemingway and Carine Roitfeld, also has a penchant for Instagram.

The event also lauded Salvatore Ferragamo’s new Signature Collection of eyewear and timepieces, which were sprinkled throughout the venue, where petite éclairs, candy-colored truffles and a gelato station were the food offerings.

Massimiliano Giornetti, Ferragamo’s creative director, told WWD that the collection, which will be available exclusively at Ferragamo stores starting this month, is inspired by the Gancio, the brand’s iconic Florentine symbol.

“For the last season we have been working a lot on the symbols of Salvatore Ferragamo and the Gancio is the first hardware element that Salvatore designed for bags. We’ve translated that and other elements into the new sunglasses and timepieces,” said Giornetti, who was attempting to field questions and greet guests at the same time. “Salvatore spent a year in New York and we are celebrating his career in Hollywood and we wanted to tell that story. Life is a story and tonight everyone can play a small part in the story of the Ferragamo brand.”